The JSE resumed its downward trend on Thursday along with global markets as investors fretted anew over stubbornly high US inflation and the economic toll of aggressive interest rate hikes that may be required to tame it.

The local bourse fell more than 3% in intraday trading, while its European and Asian counterparts recorded losses of as much as 2.24%. Outside the US, signs of weakening growth is battering investor confidence with the war in Ukraine threatening an energy crisis in Europe and lengthening lockdowns in China throw another spanner into supply chain chaos. 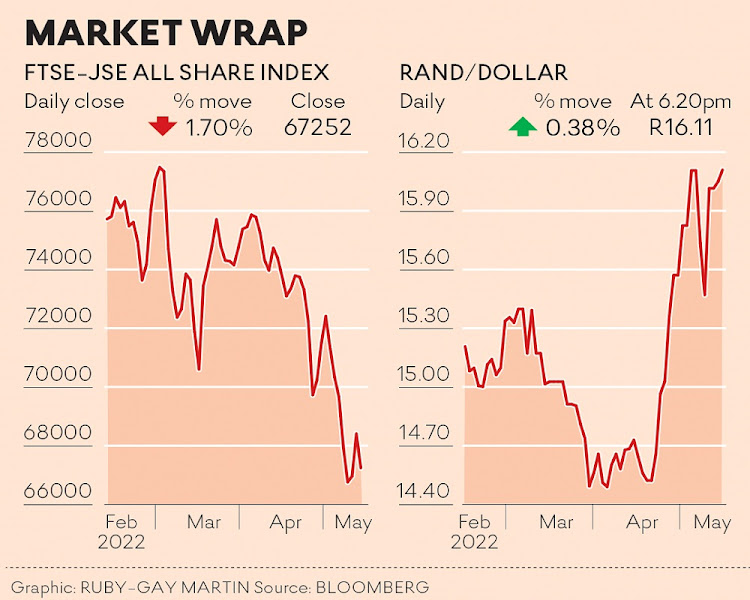 “We’re continuing to see these wild swings in the markets which in many ways sums up the mood at the moment. On the one hand, investors must be looking at the current levels with plenty of temptation given how far equity markets have fallen. On the other, inflation remains a massive problem and the data continues to feed those fears,” said Oanda senior market analyst Craig Erlam.

“The [US inflation] data on Wednesday was really disappointing. We’ve known the peak was coming but investors needed more than confirmation of that. They needed reassuring that not only was it decelerating, but doing so significantly thanks largely to base effects. And it’s safe to say they weren’t particularly reassured,” Erlam added.

Gold stabilises after US inflation data spurred it 1% higher