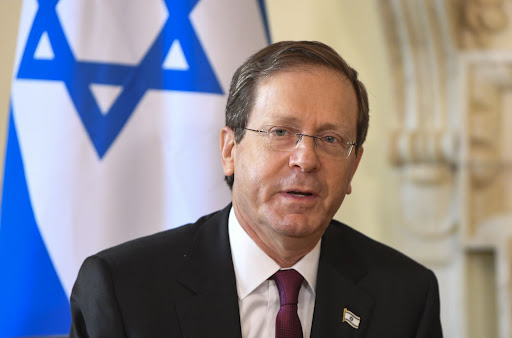 The presidents of Turkey and Israel will aim to build on a nascent thaw in relations in Ankara on Wednesday, as Russia’s invasion of Ukraine provides the latest geopolitical impetus for better ties.

On paper, the two leaders are a mismatch. Israel’s Isaac Herzog holds a ceremonial role traditionally removed from big issues of state. Recep Tayyip Erdogan of Turkey has sweeping executive power and a desire to wield influence region-wide.

But Herzog spent decades in politics, and the diplomatic mileage he’s clocked up gives him experience that’s rare in the current Israeli government. According to Erdogan’s office, “all aspects of bilateral relations” and enhanced co-operation are on the table.

While the first visit by an Israeli leader to Turkey since 2008 primarily reflects a shift in Middle Eastern dynamics as the US reassesses its priorities in the region, Russia’s attack on Ukraine and Europe’s post-Cold War security settlement provide a sobering backdrop.

“At a time when the international order is being shaken, it is good and proper that stability and partnership be maintained in our region,” Herzog said before boarding the plane to Ankara. “Israel-Turkey relations are important for Israel, important for Turkey, and important for the whole region,” he said, adding the nations will “not agree on everything”.

He will meet leaders of Istanbul’s dwindling Jewish community on a two-day trip.

Close ties between the eastern Mediterranean neighbours frayed after 2003 as Erdogan took power at the head of an Islamic-orientated government. A fatal 2010 raid by Israeli commandos on a Turkish flotilla seeking to breach Israel’s blockade of the Hamas-run Gaza Strip snapped relations. Israeli military sales to Turkey were halted, though most bilateral trade survived.

A brief improvement from 2016 ended two years later after Israeli soldiers killed dozens of Palestinians amid sometimes violent protests over the US decision to move its embassy to Jerusalem.

Turkey is now looking to boost trade with regional powers — Israel, Egypt, Saudi Arabia and the United Arab Emirates (UAE) among them — as its own floundering economy costs Erdogan support ahead of 2023 elections. Business opportunities unlocked by Israel’s peace deals with four Arab nations are up for grabs.

Hay Eytan Cohen Yanarocak, a Turkey expert at the Jerusalem Institute for Strategy and Security, said a UAE pledge of $10bn in investment support for Turkey helped encourage Erdogan’s realignment.

“One of the most important preconditions to become a member of this axis is to normalise Turkey’s relations with Israel,” he said, while Ankara’s history of supporting Hamas leaders remains a barrier. Repairing ties could again make Turkey a favourite destination for Israeli tourists.

After years when Turkey’s exploration activities in contested eastern Mediterranean waters largely excluded it from joint projects, Erdogan has suggested reviving a pipeline proposal that could carry natural gas to Europe via Turkey.

Israel, however, is exploring a separate gas-export pipeline linking Cyprus and Greece. Both ideas, which could help reduce Europe’s reliance on Russian imports, face financing and technical challenges as well as a global shift towards green energy.

Turkey has sought to balance relations with Moscow and its membership with Nato — not always with great success. Erdogan’s 2017 deal to purchase Russian missile defences infuriated the bloc.

That high-wire act is likely to continue even after Russia’s invasion of Ukraine. Turkish forces deployed in Syria’s rebel-held Idlib region would be at risk from any permanent rupture with Vladimir Putin, who backs the Assad regime.

The presence of Iranian forces in Syria also provides Israel with a reason not to alienate Moscow. Both Erdogan and Israeli Prime Minister Naftali Bennett have offered to mediate between Moscow and Kyiv.

Russia backs talks with IAEA on protections for nuclear facilities, but not at Chernobyl, after second facility hit in Ukraine
News
5 months ago