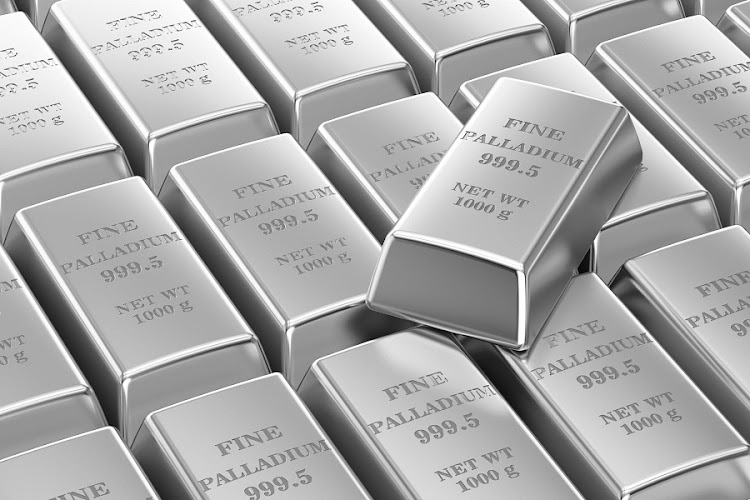 Bengaluru — Gold prices on Monday scaled the $2,000 level for the first time in a year-and-a-half, as investors rushed to the safety of the metal in the wake of an escalating Russia-Ukraine crisis, while supply disruption fears sent palladium to an all-time high.

“If this was risk aversion driven by the US Federal Reserve as seen ahead of this war, that wasn't something that lifted gold as that risk aversion was about rising rates, which is not an environment in which gold does well,” said Ilya Spivak, a currency strategist at DailyFX.

“This risk aversion, however, is geopolitical, and so there seems to be a reflective demand for non-paper assets.”

Fighting stopped about 200,000 people from evacuating the besieged Ukrainian city of Mariupol for a second consecutive day on Sunday, as Russian President Vladimir Putin vowed to press ahead with his invasion unless Kyiv surrenders.

Holdings of the world's largest gold-backed exchange-traded fund, SPDR Gold Trust, rose 0.4% to 1,054.3 tonnes on Friday — their highest since mid-March 2021.

Spot gold may keep rising towards $2,065 per ounce, driven by a powerful wave C, according to Reuters' technical analyst Wang Tao.

Palladium was up 4.3% at $3,130.16 per ounce, after hitting an all-time high of $3,172.22 earlier in the session. Russia accounts for 40% of global production of the autocatalyst metal, used by automakers in catalytic converters to curb emissions.

“We're looking at a very significant pickup in concerns around the disruptions with Ukraine seemingly because the conflict is showing signs of broadening,” Spivak said, pointing to speculations about more Western sanctions, perhaps even a formal ban on Russian oil imports.

Concerns over a Western ban on Russian crude has prompted mayhem in energy markets, with Asia under pressure
Markets
5 months ago

The currency appears poised to succumb to fallout from the invasion after weakening 1.25%
Markets
5 months ago
Next Article