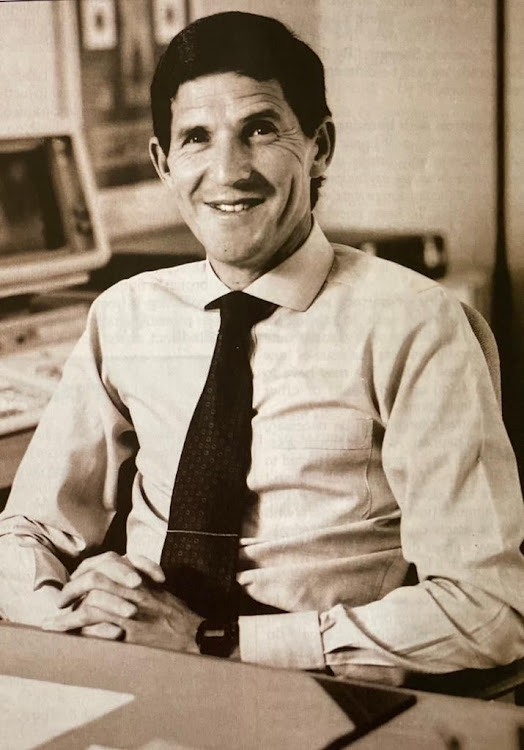 Having started out as a runner on the JSE floor in February 1972, David Shapiro has been in the SA’s investment industry for 50 years now.

Investment veteran David Shapiro’s career is the focus of this edition of the Business Day Spotlight.

Having started out as a runner on the JSE floor in February 1972, Shapiro has been in the SA investment industry for 50 years now.

The veteran investor takes us through his early days in financial markets. He says in the 1970s, amid the world moving from “the gold standard”, a crippling oil shortage and the Vietnam War, SA had its own basket of factors to deal with such as high inflation and a booming commodities sector, driven by gold.

At the time, bonds were the safe investment. Equities only became fashionable in the 1980s, he says.

Shapiro says learning how the markets worked before the age of computers taught him much about how the financial system, economy and trading worked. Five decades later, he still practices the discipline of checking how markets have performed daily, waking up at 5am to start the day.

He says this discipline has helped him to keep up with and organise the barrage of information that an investment professional has to deal with constantly. Even now, he keeps up with the moves of big technology players such as Apple and Microsoft.

The discussion focuses on lessons learned along the way, key themes that have shaped SA’s equities markets and his expectations going forward.

Shapiro is not shy to expose some of the down moments in his career, including companies whose success he wishes he had predicted, such as Capitec and Clicks. He also relates the difficult parts of his job, giving advice to those looking to have a great career in the world of investing.

Even as many in the world of financial markets look for new and alternative areas in which to invest their funds, Shapiro believes that equities are still the best investment out there. He ends the discussion saying he’s excited about the coming decade and what it has to offer.

PODCAST | MTN gears up to launch its aYo platform in SA

Retail investors are biting at Steinhoff, while institutional investors nibble

DAVID SHAPIRO: The unbearable anxieties of a US inheritance

Retail investors are biting at Steinhoff, while institutional investors nibble

DAVID SHAPIRO: The unbearable anxieties of a US inheritance