US stocks bounce back after steep sell-off 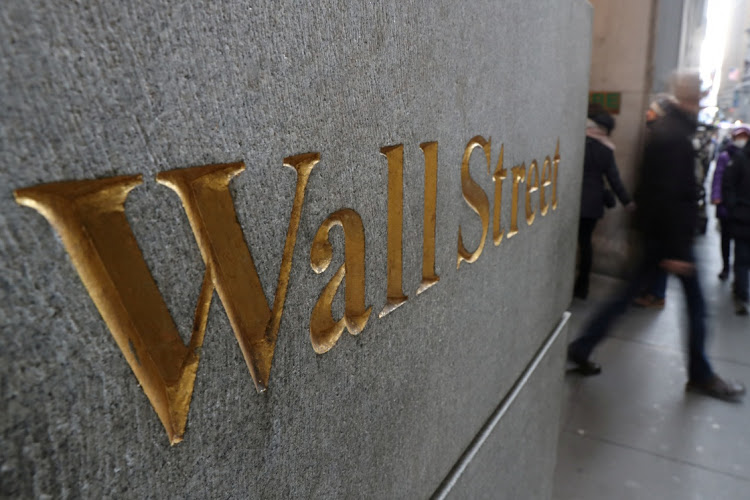 A street sign outside the New York Stock Exchange in New York, the US. Picture: SHANNON STAPLETON/REUTERS

New York  — Wall Street bounced back from a steep sell-off late in the session to close higher on Monday, with bargain hunters pushing the indices into positive territory.

The S&P 500 earlier came close to confirming a correction as investors focused on concerns about an increasingly hawkish Federal Reserve and geopolitical tensions.

This came on the heels last week of the S&P 500 and the Nasdaq suffering their largest weekly percentage plunge since March 2020, when shutdowns to contain the pandemic sent the economy spiralling into its steepest and most abrupt recession on record.

“I would not be surprised if today is the low point for the major averages,” said Sam Stovall, chief investment strategist of CFRA Research in New York.

Still, Stovall added that January is often a barometer for the rest of the year.

“As goes January, so goes the year,” Stovall added. “A negative January in 2022 along with a negative first five days of the year would not bode well for the entire year’s performance.”

The US Federal Reserve is due to convene its two-day monetary policy meeting on Tuesday, and market participants will be parsing its concluding statement and chair Jerome Powell’s subsequent Q&A session for clues as to the central bank’s timeline for hiking key interest rates to combat inflation.

“I think investors are over-assuming a very hawkish stance by the Fed,” Stovall said. “Granted, inflation is high and is likely to get higher before it starts to decline. Specifically we see the headline CPI topping at 7.3% for both January and February, but then coming down to 3.5% by year-end.”

In a sign that geopolitical tensions are heating up, Nato announced it was putting forces on standby to prepare for a potential Russian invasion of Ukraine.

The threat of potential conflict in that region helped U.S. Treasury yields dip, pausing their recent upward climb, which has pressured stocks in recent months.

Tech groups were among the hardest hit earlier on Monday.

Meanwhile, a report from IHS Markit gave evidence that surging infections of the Omicron Covid-19 variant have caused a marked deceleration of business activity in the US.

Fourth-quarter reporting season is in full swing, with 65 of the companies in the S&P 500 having posted results. Of those, 77% have come in above expectations, according to data from Refinitiv.

A series of disappointing earnings from big banks and, notably, lockdown darling Netflix have overshadowed many better-than-expected results.

The prospect of a Russian attack on Ukraine is dampening demand for riskier assets, bolstering the dollar and oil, while bruising bitcoin
Markets
3 months ago

Russia-Ukraine discord and rising Middle East tensions are raising fears of supply disruptions, which could make an already tight market even tighter
Markets
3 months ago