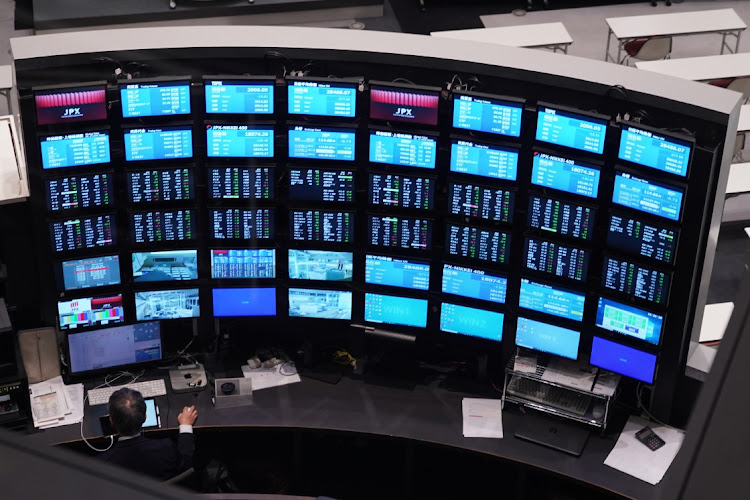 Shanghai — Asian shares were mixed on Thursday, while the dollar slipped as global investors assessed that strong US inflation data was not worrying enough to change the Federal Reserve’s already hawkish rates outlook.

While the US consumer price index rose 7% in the 12 months through December, the biggest annual increase in nearly 40 years, investors were reassured by the fact that the jump was not a surprise, as the Fed looks set to raise rates as soon as March.

“If you are a global investor and you’ve seen very significant stock market gains in the US during 2021, if you are seeing inflation as a threat then a lot of investors may be tempted to reallocate funds away from developed equity markets in the West into the mix of developed and developing markets in East Asia,” he said.

MSCI’s broadest index of Asia-Pacific shares outside Japan was 0.1% higher, after recording its biggest daily gain in a month on Wednesday. Japan’s Nikkei lost 0.87% after surging nearly 2% a day earlier.

The uneven performance in Asia followed small gains on Wall Street overnight, with the S&P 500 rising 0.28% and the Nasdaq Composite up 0.23%. The Dow Jones Industrial Average rose 0.11%.

The People’s Bank of China is set to unveil more easing steps to support slowing growth, though it is likely to avoid aggressive cuts to interest rates, policy insiders and economists.

The comments underscore the divergence in economic and policy outlooks between the world’s two largest economies.

While longer-dated US yields dipped after Wednesday’s inflation data, Fed fund futures are pricing in nearly four rate hikes in 2022. Some analysts say there could still be room for a more aggressive rate hike schedule.

“Our expectation for sustained cyclical price pressures means that we think the Fed will continue to tighten policy into 2023 by more than investors currently anticipate,” Jonathan Petersen, markets economist at Capital Economics, said in a note, adding that he expected the US 10-year yield to reach 2.25% by year-end, and 2.75% by the end of 2023.

Wednesday’s drop in treasury yields hit the dollar, which fell below key support levels on Thursday. The dollar index was last down 0.05% at 94.963, while the greenback crept up against the yen to 114.60.

Oil prices ticked lower, a day after hitting their highest level in nearly two months on the back of a falling dollar, tighter supply, and as investors bet the spread of the Omicron coronavirus variant would have a relatively limited economic effect.

JSE likely to take a breather after hitting fresh records

While the near-term outlook for markets appears positive, analysts have warned that SA faces a tough year
Markets
7 months ago