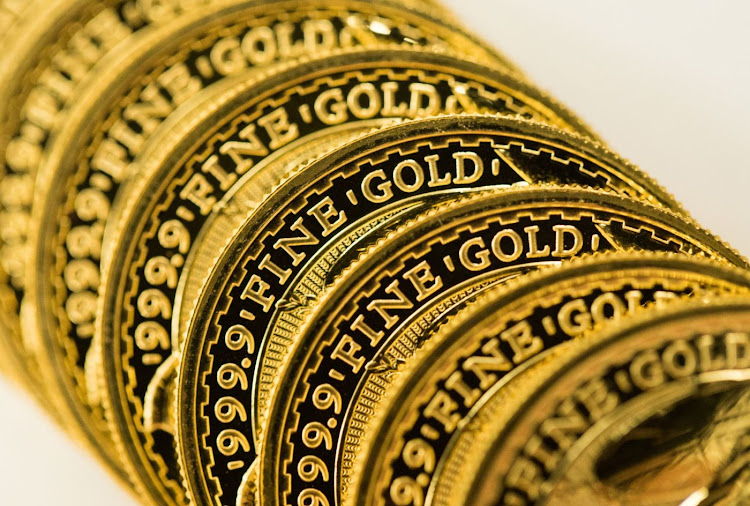 Bengaluru — Gold prices eased on Wednesday as traders kept an eye out for US inflation data for rate clues after less hawkish comments from the Federal Reserve chief fuelled a bullion rally in the previous session.

“Fed chair [Jerome] Powell’s confirmation hearing did not bring any additional hawkish rhetoric beyond what the market was already looking for,” said DailyFX currency strategist Ilya Spivak, adding that gold was in consolidation after rising more than 1% on Tuesday.

Powell said the central bank was determined to battle inflation and far from diminishing job growth, a turn to higher policy interest rates and a runoff of its asset holdings was necessary to keep the current economic expansion under way.

Benchmark 10-year yields retreated and the dollar slid to its weakest since November after Powell’s testimony.

Gold is considered a hedge against higher inflation, but the metal is highly sensitive to rising US interest rates which increase the opportunity cost of holding non-yielding bullion.

“In the payrolls report that we saw last Friday, inflation was notably hotter than expected. If this carries over into the CPI [consumer price index] number ... I’d expect gold to come down around speculations that the Fed has to ultimately get more hawkish than it already is,” Spivak said.

US inflation data is due at 1.30pm GMT, with core CPI, which excludes food and energy prices, seen rising by 5.4%, its highest in decades and up from 4.9% in the previous month.