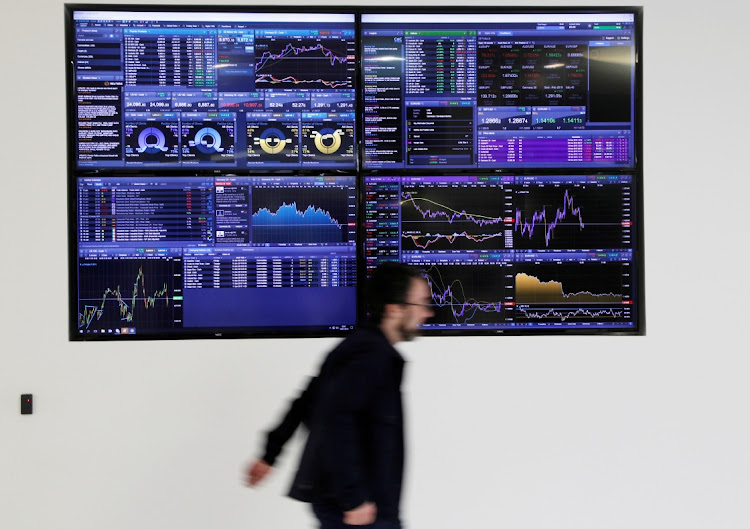 The FTSEurofirst 300 index was on track for consecutive gains of more than 1% for the first time since February, while Asia saw record bounces from some of China’s biggest firms such as Alibaba and Baidu.

The risk-on mood also helped the dollar climb against the Japanese yen, which had lost 0.6% overnight. The confidence-sensitive Australian dollar also found buyers.

Safe-harbour government bonds went the other way with yields — which move inversely to bond prices — on Germany’s benchmark 10-year Bund up 2.5% after falling to a three-month low on Monday.

Reports in SA said Omicron cases there had shown only mild symptoms and the top US infectious disease official, Anthony Fauci, told CNN “it does not look like there's a great degree of severity” so far.

But researchers at ING warned against over-optimism about the variant. “Good news relating to the severity of Omicron should be taken with a pinch of salt,” they said in a note. “Faster transmission could offset the benefits of milder symptoms. More broadly, it is still early days, even if markets are starting to display Omicron fatigue.”

The gains also came after China’s central bank on Monday injected its second shot of stimulus since July by cutting the amount of cash that banks must hold in reserve.

There was still uncertainty about its property sector as Evergrande teetered on the brink of default again, but data showing much stronger import growth was “a positive sign on the strength of domestic demand”, RBC analyst Adam Cole said.

MSCI’s main Asia ex-Japan benchmark has lost about 5% so far this year, with Hong Kong markets figuring among the big losers, while Indian and Taiwan stocks have outperformed.

Shares in embattled developer Evergrande edged up 1.7% after hitting a record low on Monday as markets waited to see if the real estate giant has paid $82.5m with a 30-day grace period coming to an end.

“While epidemiologists have rightly warned against premature conclusions on Omicron, markets arguably surmised that last week’s brutal sell-off ought to have been milder,” Vishnu Varathan, head of economics and strategy at Mizuho Bank, said in a note.

“After all, early assessments of Omicron cases have been declared mild, spurring half-full relief.”

Also supporting the dollar was the expectation the that Federal Reserve will accelerate the tapering of its bond-buying programme when it meets next week in response to a tightening labour market.

Oil prices jumped another 2%, to $74.60 a barrel, adding to rebound of almost 5% the day before as concerns eased about the impact of Omicron on global fuel demand.

Copper prices also ticked higher, while gold was steady at $1,778.5 an ounce on expectations that US consumer price data due later this week will show inflation quickening.