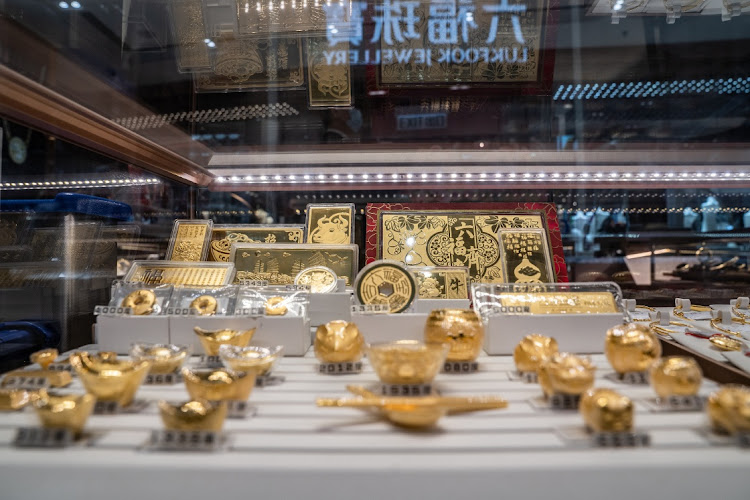 Bengaluru — Gold prices edged up on Thursday, recovering from a three-week low in the last session as investors took solace in the US Federal Reserve saying it would not rush into hiking interest rates even as it begins tapering its stimulus.

In a widely expected move, the Fed said it would start trimming its monthly asset purchases in November with plans to end them by mid-2022.

But the central bank signalled it would stay patient before raising interest rates as it held on to its belief that inflation would be “transitory” and awaited more signs of job growth.

“The Fed’s pushback against inflation leaves gold in a decent position for now to move higher until the Fed ultimately signals that ‘we’re not in transitory any more and we’re going to start hiking rates to defend against inflation’," said Stephen Innes, managing partner at SPI Asset Management.

“Given the Fed’s view that inflation could persist until about mid-2022 and some signs from the labour market of full employment as evidenced by wage growth, it’s not going to take much for the Fed to accelerate tapering, weighing on gold”.

Gold tends to benefit from lower interest rates as they reduce the opportunity cost of holding bullion.

Focus now shifts to Friday’s key US nonfarm payrolls report, which should offer more clues on the labour market recovery.

Investors are also looking forward to the Bank of England’s policy decision at 12pm GMT, where it could raise interest rates or at least signal that the economy is ready for one.