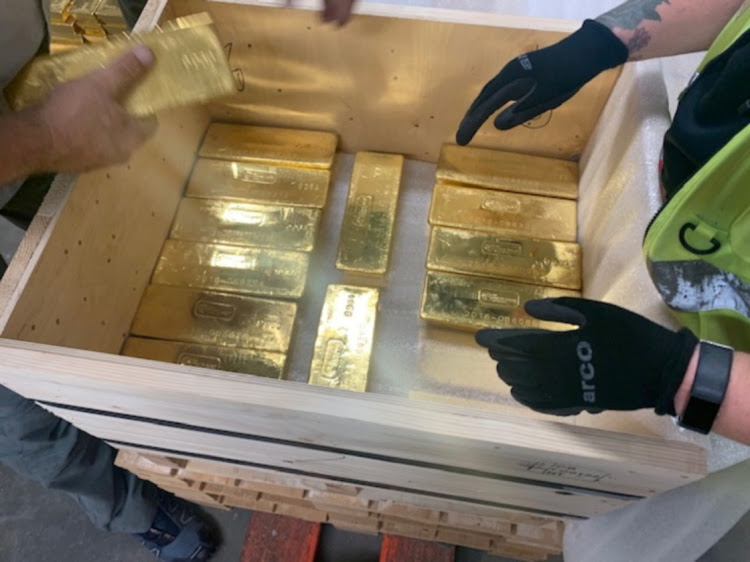 An undated handout picture shows gold bars before their dispatch to Poland's central bank, in London. Picture: G4S via REUTERS

Bengaluru — Gold prices eased off a one-month high on Thursday as better-than-expected US consumer price data raised bets the Federal Reserve would tighten its policy earlier than anticipated.

“I expect both the US dollar and long-dated rates to resume their climb sooner rather than later and the gold rally will evaporate as quickly as it began,” said Jeffrey Halley, a senior market analyst for Asia-Pacific at Oanda.

The dollar index steadied after a 0.5% decline on Wednesday, while benchmark US 10-year treasury yields were stable after pulling back from a more than four-month high.

US consumer prices increased solidly in September and are likely to rise further amid surging energy prices. This could pressure the Fed to act sooner to normalise policy.

Minutes from the Fed’s September meeting showed the central bank could start reducing stimulus by mid-November. While a growing number of policymakers were worried that high inflation could persist longer than thought, they were split over how soon they may need to raise rates in response.

Markets have been under strain this week, but more certainty from the US Fed has helped ease worries
Markets
10 months ago