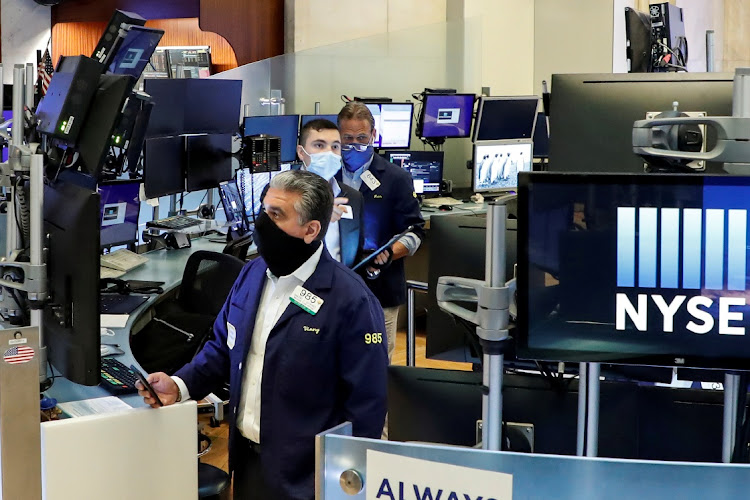 The S&P 500 index and the Nasdaq Composite index were on track for their biggest daily percentage drop since May, and their largest monthly declines since September 2020.

“Part of it is this time of the year and part of it is inflation fears,” Cardillo said. “That's why investors are hitting the brakes. September has lived up to its expectations.”

The benchmark index was also setting a course for its weakest quarterly performance since the Covid-19 pandemic brought the global economy to its knees.

Benchmark US treasury yields continued their ascent, reaching the highest level since June as inflation expectations heated up and fears grew that the US Federal Reserve could shorten its timeline for tightening its monetary policy.

Stocks extended their decline after treasury secretary Janet Yellen said she expected inflation to end 2021 near 4% and warned legislators their failure to avert a government shutdown as the nation moves closer to exhausting its borrowing capabilities could cause “serious harm” to the economy.

Yellen on Tuesday appeared along with Federal Reserve chair Jerome Powell before the Senate banking committee.

Asked repeatedly during the hearing about the approaching deadline for lifting the debt ceiling, Yellen said failing to do so would be a “disastrous” event that would trigger a “financial crisis and calamity”.

Senate Republicans appeared set to strike down Democrats’ efforts to extend the government’s borrowing authority and avoid a potential US credit default.

A Conference Board report showed consumer confidence weakened unexpectedly in September to the lowest level since February.

Among the 11 major sectors of the S&P 500, all but energy were lower, with tech and communications services suffering the steepest percentage losses.

Among other stocks, Ford Motor gained 1.3% on news that it would partner with Korean battery partner SK Innovation to invest $11.4bn to build an electric F-150 assembly plant and three US battery plants.