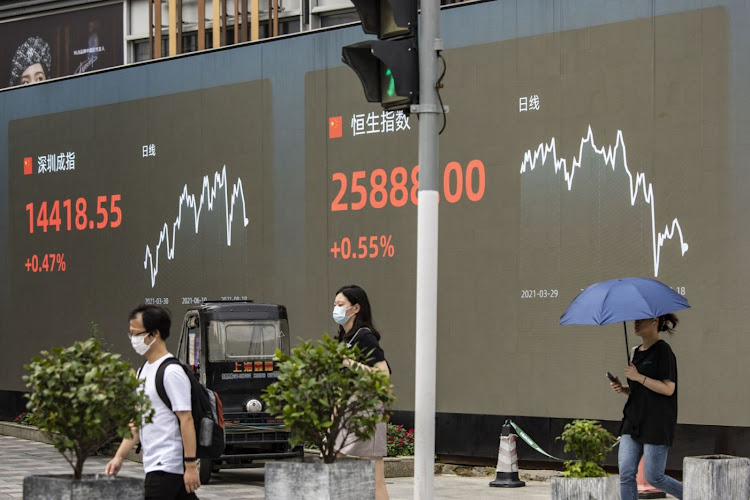 Singapore — Asian stocks rose on Tuesday on an extended bounce on Wall Street as investors drew comfort from full approval granted to the Pfizer/BioNTech vaccine and on easing worries of an imminent tapering of stimulus by the Federal Reserve.

The dollar was licking its wounds after its sharpest one-day fall since May, which spurred a 5% rally in oil prices on Monday.

MSCI’s broadest index of Asia-Pacific shares outside Japan rose 1.2%, with Japan and South Korean indices jumping more than 1%. Australia shares were up 0.2% and Taiwan stocks rose 0.7%.

Chinese markets edged up 0.2%, with technology stocks extending their recovery after enduring a pummelling in recent weeks on regulatory worries.

Wall Street’s strength underpinned sentiment in Asia. The Nasdaq reached a closing high on Monday after the US Food and Drug Administration granted full approval to the Covid-19 vaccine developed by Pfizer and BioNTech, in a move that could accelerate inoculations in the US.

Analysts at ANZ pointed to growing expectations that decelerating global business activity will act as a restraint on central bank intentions to start dialling back monetary stimulus in the near term.

The improved sentiment overnight drove the dollar down more than 1% against its Australian and Canadian counterparts, as well as the Norwegian crown and Swedish crown.

“A positive risk backdrop has pushed flows out of the dollar,” said Chris Weston, head of research at brokerage Pepperstone in Melbourne, adding that positive analyst commentary around oil and cyclical stocks had also helped the broad mood.

Last week, the dollar index hit a nine-month high on bets the Fed would start shifting away from its accommodative monetary policy, but that view began to change on Friday when Dallas Fed president Robert Kaplan said he might reconsider his hawkish stance if the virus harms the economy.

Now, investors are less confident Fed chair Jerome Powell’s speech at Jackson Hole this week will indicate a timeline for winding down the Fed’s bond-buying programme.

Data overnight showed strong albeit slowing services and manufacturing activity in Europe, while business activity growth in the US slowed for a third straight month as the spread of the Delta virus variant took a toll.

In commodities markets, Brent crude oil futures edged up 0.9% to $69.45 a barrel after putting on more than 5% on Monday, as a weaker dollar and strong global equities markets boosted crude after seven sessions of declines.

Gold prices fell slightly but hovered above the key psychological level of $1,800.

Bulls have taken heart from recent comments by Elon Musk and Cathie Wood, and from talk about Amazon’s possible involvement in cryptocurrency
Markets
9 months ago

Asian stocks bounce back as bargain-hunters prowl amid jittery mood

Japan’s factory activity growth slowed in August, while that of the services sector shrank
Markets
9 months ago
Next Article