Oil extends gains before data on US inventories 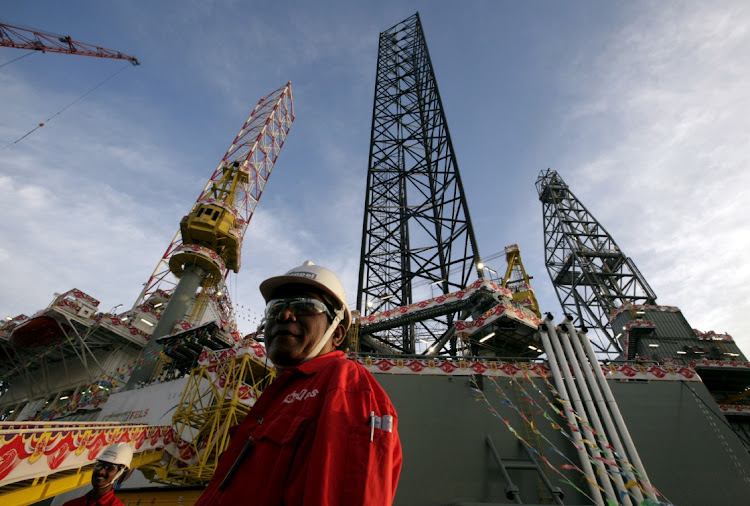 A worker is seen in front of an oil rig n Singapore in this April 21 2006 file photo. Picture: REUTERS/LUIS ENRIQUE ASCUI

London — Oil prices rose on Wednesday, extending gains from the previous session as improved risk appetite, despite data showing an unexpected rise in US oil inventories last week and the prospect of a weaker demand outlook due to rising Covid-19 infections.

“Oil ... is appearing to have found support as risk appetite increases once again,” said Ricardo Evangelista, and analyst at ActivTrades.

“This support comes after the pronounced falls registered during the past few sessions, which were triggered by apprehension over the impact the Delta variant [of Covid-19] ... as well as the agreement between Opec+ countries to increase production,” he added.

Oil prices dropped on Monday after a deal by Opec and allied producers,  together known as Opec+, to boost monthly supply by 400,000 barrels a day from August through December. The sell-off was worsened by fears that a rise in cases of the Delta variant of the coronavirus in major markets such as the US, Britain and Japan would affect demand.

A potential rise in US stockpiles weighed on prices earlier in the session.

Analysts polled by Reuters were expecting a big fall in inventories. Official data from the US Energy Information Administration is due later on Wednesday.

JPMorgan analysts said global demand is expected to average 99.6m bbl/day  in August, up by 5.4m bbl/day from April. But they also said: “We only see demand [in the fourth quarter of 2021] recovering another incremental 330,000 [barrels a day] vs a normalised 2019 baseline as colder weather sets in for the northern hemisphere and the peak travel season is behind us.”