S&P 500 falls 1.6%, while energy shares have their worst day since March 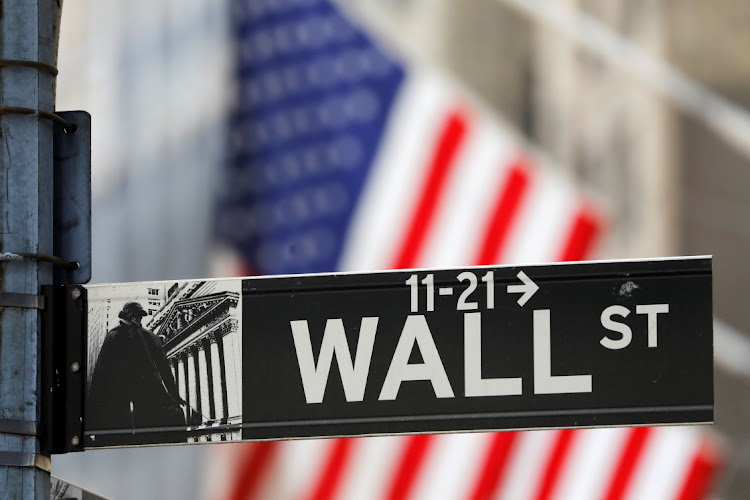 A Wall Street sign outside the New York Stock Exchange in New York, the US, July 19 2021. Picture: REUTERS/ANDREW KELLY

All three major US stock indices ended the session sharply lower, with the S&P and the Nasdaq suffering their biggest one-day percentage drop since mid-May.

The blue-chip Dow had its worst day in nearly nine months.

“Much of it is related to the Delta (variant)," said Paul Nolte, portfolio manager at Kingsview Asset Management in Chicago. “There’s some concern too that maybe the economy is not going to open up as quickly as everyone thinks, and the big boom that everyone’s expecting is going to be more of a pop than a boom.”

The highly contagious Covid-19 Delta variant, now the dominant strain across the globe, has caused a surge in new infections and deaths, nearly exclusively among unvaccinated people.

“Global availability of the vaccine has been an issue from day one.” Nolte said. “That’s been out there for a long time. This is the latest iteration of that. We still have a long way to go.”

The CBOE Volatility index, a gauge of investor anxiety, gained 4.1 points to 22.50, its highest closing level in two months.

All 11 major sectors in the S&P 500 closed deep in negative territory. Energy shares, weighed down by plunging crude prices, fell 3.6%, their worst day since March.

Second-quarter earnings reporting season is under way, with 41 of the companies in the S&P 500 having reported. Of those, 90% have beaten consensus estimates, according to Refinitiv.

Among high-profile names, Netflix, Twitter , Johnson & Johnson, United Airlines and Intel, along with a host of industrials from Honeywell to Harley-Davidson are due to post results this week.

Analysts now see year-on-year S&P 500 earnings growth of 72% for the April to June period, substantially higher than the 54% annual growth forecast at the beginning of the quarter, according to Refinitiv.

International Business Machines (IBM) beat quarterly revenue estimates based on the strength of its cloud computing segment. Its shares were up over 3% in after-hours trading.

Volume on US exchanges was 12.02-billion shares, compared with the 10.17-billion average over the past 20 trading days.

Mining stocks performed the worst, while major indices were also down on the day
Markets
2 weeks ago