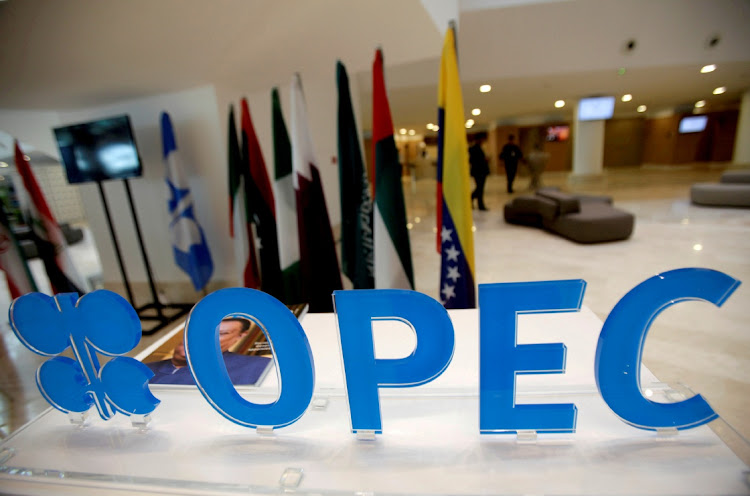 The United Arab Emirates’s (UAE) energy minister said on Sunday the country will not  accept a plan by other members of Opec+ to extend the group’s agreement to curb oil production beyond April 2022, unless it’s allowed to have a higher baseline for its own cuts.

The UAE said it’s in favour of adding more oil to the market, but on Friday blocked a plan hashed out by Russia and Saudi Arabia, the leaders of the Opec+ cartel. The deal would see the group increase supply while also extending its pact until the end of next year. After two days of bitter talks, and with the UAE the only holdout, ministers halted negotiations until Monday. That leaves markets in limbo after oil continued its surge last week, with Brent climbing above $76 a barrel.

The UAE said it agreed that the 23-nation group should raise output by 400,000 barrels a day each month from August, but that the idea of extending the supply agreement — reached in early 2020 at the start of the coronavirus pandemic — should be treated separately.

“The UAE is for an unconditional increase of production, which the market requires,” energy minister Suhail Al-Mazrouei told Bloomberg Television on Sunday. Yet the decision to extend the deal until the end of 2022 is “unnecessary to take now. We still have eight to nine months in this agreement, and we’re talking about plenty of time for this to be discussed at a later stage.”

Under the 2020 deal, the UAE has a baseline production figure of 3.2-million barrels a day. The country disputed that number in 2020 and even floated the idea of leaving the producers’ group.

“That’s totally unfair and unsustainable” given the country now has the ability to pump much more, Mazrouei said of the baseline. Still, the UAE is not threatening to leave Opec and is committed to sticking to the original deal at least until its expiry in April, he said.

The UAE is leaving about one-third of its production capacity idle, a higher portion than other members of Opec+, he said.

“We believe this group needs to work together for years, not only until the end of 2022,” Mazrouei said. “We’re not threatening to walk away from the agreement. We will continue to sacrifice until the end of this agreement. That is our commitment. But beyond that, we have the right to discuss and we demand to have the time to discuss and put our grievance in front of the group.”

Opec+ ministers are set to reconvene on Monday. A failure to reach an understanding risks sending crude prices — already up 50% this year — even higher. Demand is rising fast as major economies reopen from the coronavirus pandemic. While OPEC+ has raised output this year, it’s still withholding roughly 5 million barrels a day from the market.

“Whatever Opec+ agrees, it will surely be a fraction of the amount needed,” Mike Muller, the head of Asia for Vitol Group, the world’s biggest independent oil trader, said during a forum hosted by Dubai-based consultancy Gulf Intelligence. Inventories will continue to shrink, according to Muller, who said US shale oil producers also aren’t increasing output quickly enough.

Mazrouei declined to comment on whether oil would rise beyond $80 a barrel, or even to $100, if Opec+ didn’t raise output from August. Rather, he said he had faith in the group being able to meet the “immediate” need to bring more oil into the market.

Abu Dhabi, the capital of the UAE and holder of most of the country’s hydrocarbon reserves, is keen to pump more to make good on the investment it’s ploughing into its fields. The country’s production surged to a record of more than 4 million barrels a day in April in 2020 during a brief supply war, when co-operation between Saudi Arabia and Russia collapsed.

Before that, the country had only ever pumped more than 3.2-million barrels a day on average twice — in November and December 2018.

Abu Dhabi National Oil  Company has earmarked nearly $25bn a year over the next five years to allow the government producer to boost capacity to 5-million barrels a day by 2030.

Abu Dhabi and international partners have pumped crude since before the UAE became a nation half a century ago. Many of those same Western companies still have interests in the emirate’s fields, along with new partners from Asia. Part of Adnoc CEO Sultan Al Jaber’s role is to balance the long-term interests of its Opec+ partners with those of the investors in its fields.

“We cannot continue with our investors losing on their investment,” Mazrouei said.

Oil inches up ahead of Opec+ meeting

MARKET WRAP: Rand tumbles the most in a fortnight as EM currencies reel on ...

MARKET WRAP: Rand tumbles the most in a fortnight as EM currencies reel on ...