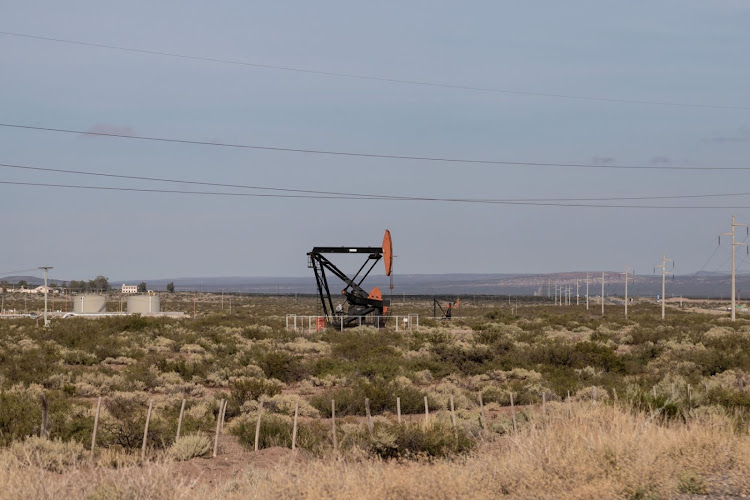 An oil-pumping jack is seen in Argentina in this file photograph. Picture: BLOOMBERG/ANITA POUCHARD

Singapore — Oil prices rose on Monday, underpinned by strong demand during the summer driving season and a pause in talks to revive the Iran nuclear deal that could indicate a delay in resumption of supplies from the Opec producer.

Both benchmarks have risen for the past four weeks amid optimism over the pace of global vaccinations and a pickup in summer travel. The rebound has pushed up spot premiums for crude in Asia and Europe to multimonth highs.

“The rebound in demand in the northern hemisphere summer is so strong that the market is becoming increasingly concerned about further sharp drawdowns on inventories,” ANZ analysts said in a note.

Negotiations to revive the Iran nuclear deal took a pause on Sunday after hardline judge Ebrahim Raisi won the country’s presidential election. Two diplomats said they expected a break of about 10 days.

The election could delay the nuclear deal as Iran has insisted that US sanctions placed on Raisi be removed before an agreement is reached, analysts from ANZ, Commonwealth Bank of Australia and ING said.

CBA analyst Vivek Dhar said Raisi’s win is unlikely to derail efforts to revive the nuclear deal given the potential economic windfall for Iran if sanctions are lifted.

Oil prices are also drawing support from forecasts for limited US output growth.

Opec officials have heard from industry experts that US oil output growth is likely to remain limited in 2021 despite rising prices, Opec sources said last week, giving the group more power to manage the market in the short term before a potentially strong rise in shale output in 2022.

“We expect strong demand and supplies to be tight,” Phillips Futures analyst Avtar Sandu said, adding investors are looking to the next meeting of Opec with its allies for supply outlook.

Higher US refinery processing rates have narrowed front-month WTI’s discount to Brent to under $2 a barrel for the first time since November, limiting US crude exports to global markets, analysts said.

Gold firms after drop as US Treasury yields retreat

Oil falls as US dollar strengthens after Fed’s hawkish surprise

Oil falls as US dollar strengthens after Fed’s hawkish surprise