‘Overall the market is still very, very bullish, and the data we got overnight out of the US was very, very positive,’ analyst Kyle Rodda says 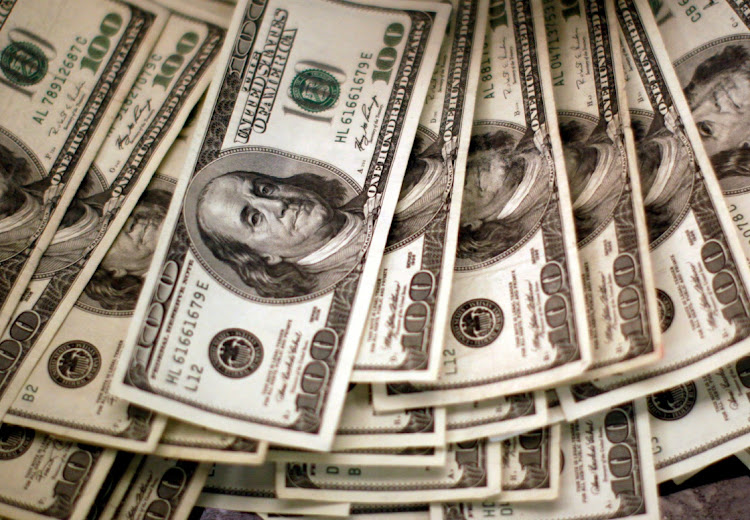 Tokyo/London — The dollar hit a multi-week high on Friday while European stocks, oil and gold steadied as markets braced for further signs the US economic recovery could drive inflation and an early withdrawal of Federal Reserve stimulus.

US treasury yields remained elevated after jumping overnight, while the dollar held onto its biggest gain since April, after better-than-expected employment data raised expectations for a strong reading for Friday’s nonfarm payrolls.

The pan-European Stoxx 600 index was up 0.2% by 7.30am GMT, trading just below its record high hit earlier this week, and contrasting with an earlier 0.3% fall in MSCI's broadest index of Asia-Pacific shares outside Japan .

“Overall the market is still very, very bullish, and the data we got overnight out of the US was very, very positive,” said Kyle Rodda, a market analyst at IG in Melbourne.

“I think the consensus overall is that there’s reasonably limited risk that the Fed is going to pull away the punchbowl.”

At the same time, he said investors were closing positions ahead of the US nonfarm payrolls data later in the global day to shield themselves from potential losses in the event of an upside surprise.

Japan’s Nikkei fell 0.4% while the broader Topix was about flat, with the services and tech sectors leading laggards. China stocks ended higher on gains for financial firms, following Beijing's proposal to cut stamp duty, though they posted weekly losses amid renewed worries over China-US tension.

Airlines suffered with British Airways-owner IAG, Wizz Air and easyJet all down over 1% after Britain added seven countries, including Egypt and Sri Lanka, to its “red list” of destinations that require hotel quarantine on return to England.

US stock futures, the S&P 500 e-minis, rose slightly, following a 0.4% loss for the index overnight. The Nasdaq Composite suffered a 1% slide on Thursday, while the Dow Jones Industrial Average fared relatively better, slipping 0.1%.

The dollar index held Thursday's 0.7% rally, its biggest since April, to hover around 90.54.

While Fed officials have consistently said they expect current inflationary pressures to be transitory and for ultra-easy monetary policy to stay in place for some time, they are also increasingly touting the need to at least start talking about a tapering of stimulus.

Investors are carefully parsing the economic data to gauge if inflation could prove sticky enough to force the Fed’s hand on tapering.

In May, much-weaker-than-expected nonfarm payrolls numbers knocked back those expectations, weakening treasury yields and the dollar.

This month, economists forecast private payrolls likely increased by 600,000 jobs in May, after rising only 218,000 in April.

“Clearly, traders are covering dollar shorts into the jobs data,” Chris Weston, head of research at brokerage Pepperstone in Melbourne, wrote in a note to clients.

“I am not even going to try to predict this one, it is a lottery, although the so-called ‘whisper number’ is closer to 790,000.”

Shanghai copper prices dropped to their lowest in nearly six weeks on Friday, on fears an early end to US stimulus measures could curb demand.

Gold stabilised following a 2% tumble on Thursday, its biggest since February, to trade flat around $1871.41/oz by 7.30am GMT.