World markets rise on reassurance from US Fed over stimulus

Stoxx index of leading European shares gained 0.3% and MSCI’s broadest index of Asia-Pacific shares was up 1.5% at a two-week high 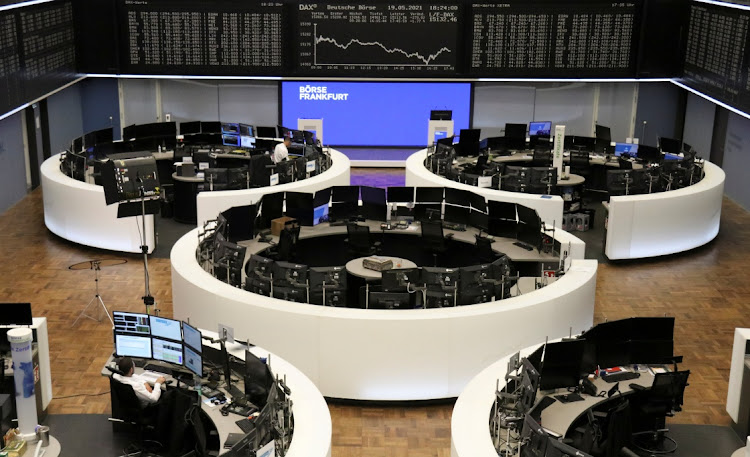 London — European shares rose to record highs on Tuesday, soothed by reassurance from US Federal Reserve officials that monetary stimulus won’t be clawed back any time soon.

Sentiment in Europe was also underpinned by the latest Ifo indicator, which showed that the upswing for the German economy, Europe’s largest, is picking up pace after the knock from Covid-19.

A multi-billion-euro takeover deal combining two of Germany’s biggest property developers was a focus. Vonovia slipped 4% on news it was taking over rival developer Deutsche Wohnen, whose shares surged over 15%, for about €18bn.

The mood has turned optimistic again with less concern over whether the US Fed would begin tapering bond purchases, said Giles Coghlan, chief currency analyst at HYCM.

“The US personal consumption data on Friday is going to be the first major test about whether the Fed is going to see inflation as transitory,” Coghlan said. “We have this constant game of cat and mouse. At some point tapering is going to come.”

For now, James Bullard, president of the St Louis Federal Reserve, put to rest tapering worries. “I think there will come a time when we can talk more about changing the parameters of monetary policy, I don’t think we should do it when we’re still in the pandemic,” Bullard said on Monday.

In Asia, the region’s main regional equity gauges climbed with MSCI’s broadest index of Asia-Pacific shares outside Japan up 1.5% at a two-week high.

“Markets were buoyed as data flow didn’t live up to the strong-inflation narrative, and amid repeated guidance from senior central bank figures that the current rise in inflation is temporary,” ANZ analysts wrote in a note.

Australian shares rose 0.9% to a two-week high. Japan’s Nikkei stock index jumped 0.6%, boosted by heavyweight local tech stocks, though gains were contained by worries of a sluggish economic recovery due to slow vaccine rollouts in the country.

US treasury yields, which fell on Monday after a few Fed officials affirmed their support to keep monetary policy accommodative for some time, were little changed. The yield on benchmark 10-year treasury notes was at 1.5978%.

Digital currencies bounced back on Monday following last week’s crypto rout, regaining ground lost during a weekend sell-off on news of China’s clampdown on mining and trading of cryptocurrencies.

After shedding 13% on Sunday, bitcoin, the world’s largest cryptocurrency, was last down 0.3% at approximately $38,707.