This is why investors are backing the soaring rand

SA’s currency has recovered all its losses since it slumped to record weakness in April 2020, and then some 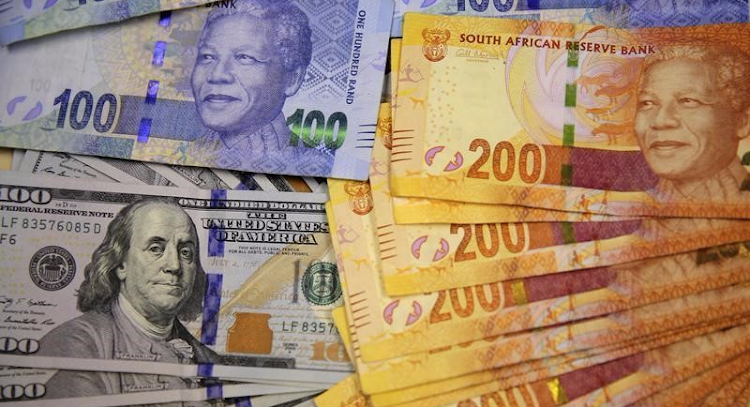 The rand’s 30% gain against the dollar since the height of the pandemic has outstripped emerging-market peers — and the rally may not be over yet.

SA’s currency has recovered all its losses since it slumped to record weakness in April 2020, and then some. Strong commodity prices and the global search for yield should support the narrative for further gains in coming months. Domestic fiscal metrics — though still far from healthy — are improving along with terms of trade, while the government’s crackdown on corruption is also fuelling positive sentiment.

It’s becoming easier to back SA’s currency, and this is why:

After record outflows from SA’s bond market in the first four months of the year, last week’s disappointing US jobs numbers heralded a reprieve. Foreign investors bought a net R5.2bn of SA government debt on Friday, the biggest in inflow since November, as the move lower in treasury rates gave new impetus to the search for yield. Together with a healthy trade surplus fuelled by rising commodity prices, those inflows could be rand-supportive in coming months. 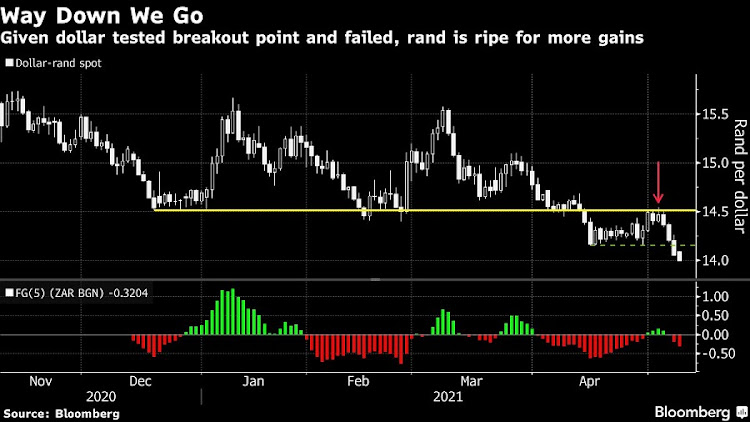 Last week, the dollar last week tested a pivotal area at R14.40-R14.50 after consolidating in the second half of April. Failure to breach resistance meant that rand bulls got the upper hand once again, as shown by the fear-greed indicator, and the pair fell to fresh cycle lows.

In the longer-term, the rand seems to be in the final stages of the ABC correction of an Elliot Wave Cycle that started in 2011 and was completed in early 2020. The dollar may weaken towards the R11.50 handle, according to the pattern. 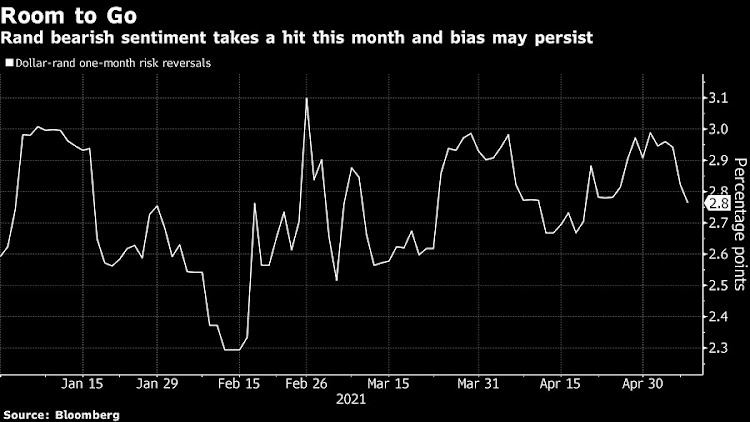 Demand for dollar topside exposure took a hit as key resistance around R14.50 held. While greenback calls still trade at a significant premium, bearish sentiment for the SA currency, as measured by one-month risk reversals, has moved to the lowest level in three weeks, with room to extend towards February range extremes. 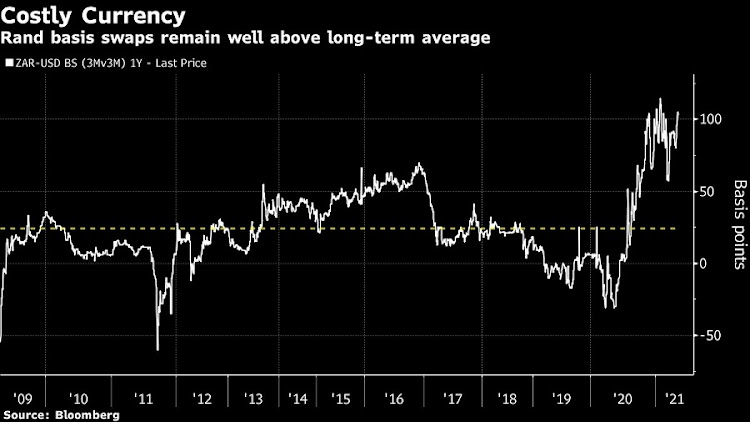 The correlation between the Bloomberg industrial metals sub-index and the rand has strengthened to 0.6, near its strongest level in 2021. Industrial metals account for about a quarter of SA’s export earnings, bolstering the current-account balance, for long the rand’s Achilles heel. The current account may be in surplus this year, according to the median forecast in a Bloomberg survey. 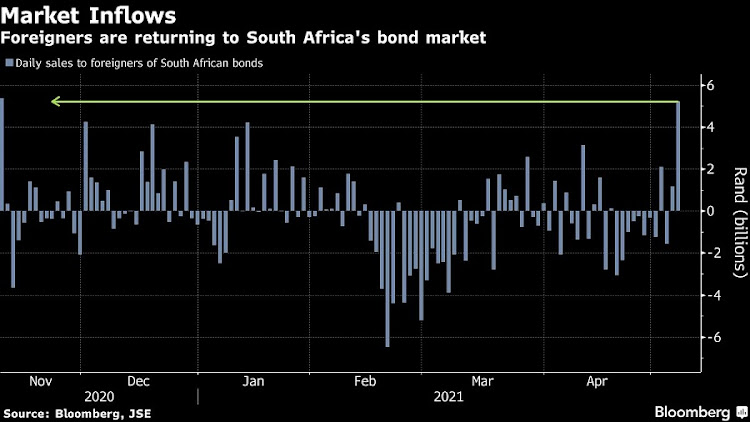 The large inflows from loans SA procured from the International Monetary Fund and New Development Bank amid the height of the Covid-19 pandemic have created a surplus of dollars in the local banking system. That’s lifted dollar-rand basis swaps well above the long-term average, making it expensive to short the SA currency. With more inflows expected in 2021 from a World Bank loan and Eurobond issuance, the cost of betting against the rand will remain elevated for some time. 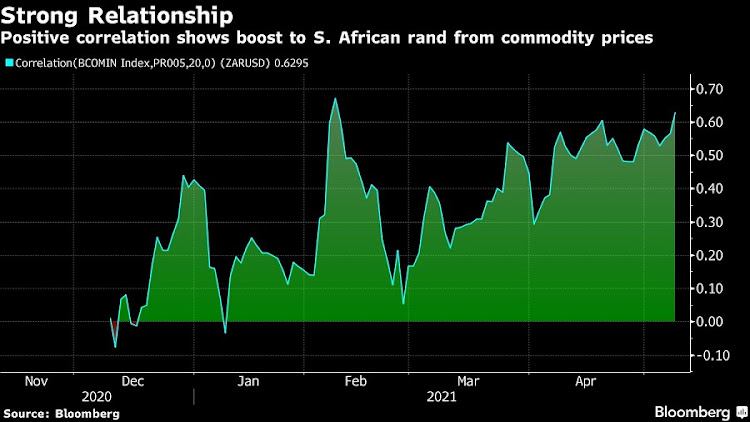