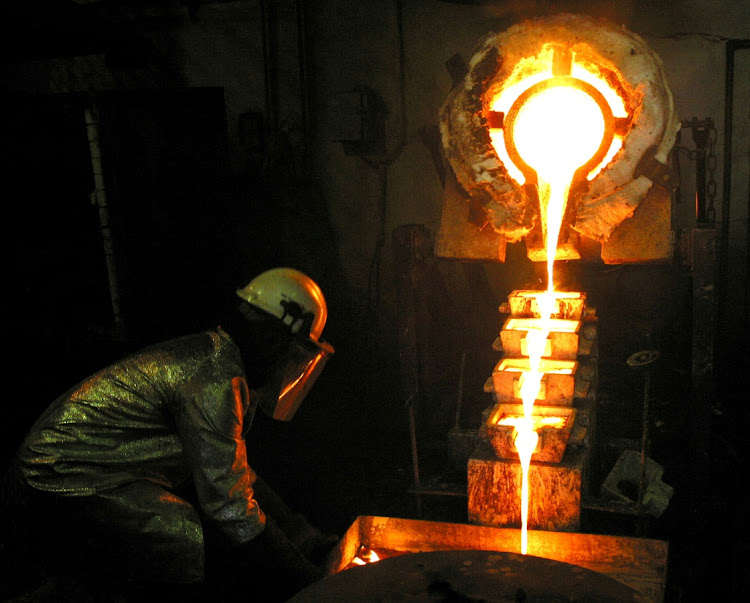 Bengaluru — Gold prices fell on Friday, on track to post their worst week in a month, as strong US economic data and elevated Treasury yields weighed, while palladium came off a record high scaled a day earlier.

Data showed on Thursday that US economic growth accelerated in the first quarter as fiscal stimulus fuelled consumer spending and set the course for what is expected to be the strongest performance this year in nearly four decades.

“This string of consecutively strong US economic data is weighing on gold,” said Stephen Innes, managing partner at SPI Asset Management, adding that people would rather book profits on month-end after a decent run-up in gold. “Gold still remains bid, it is just not a strong hand right now, because of the month-end rebalancing.”

Benchmark US 10-year Treasury yields hovered near a more than two-week high, increasing the opportunity cost of holding non-yielding bullion.