Cryptocurrency is poor hedge against a decline in equity prices, says JPMorgan 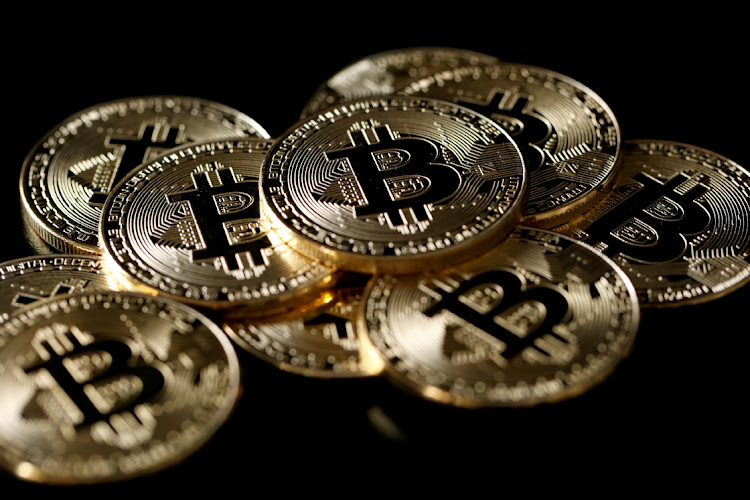 A collection of Bitcoin tokens are displayed in this picture illustration taken December 8 2017. Picture: REUTERS/BENOIT TESSIER

Tokyo — Bitcoin is an “economic side show” and a poor hedge against a decline in equity prices, analysts at JPMorgan said in a sobering assessment that could undercut the cryptocurrency’s rise to record highs.

Prices are well above JPMorgan’s estimates of fair value and the mainstream adoption of bitcoin increases its correlation with cyclical assets, which reduces the benefits of diversifying into bitcoin, the investment bank said in a memo.

Bitcoin, the most popular cryptocurrency, last traded at $51,116 on Friday morning, down from a record high of $52,640 reached on Wednesday. Rival cryptocurrency ether traded near a record of $1,951 reached earlier on Friday.

Bitcoin has surged 45% so far this month, fuelled by signs it is winning acceptance among mainstream investors and companies, such as Tesla, Mastercard and BNY Mellon, but many observers remain sceptical of the unregulated and highly volatile digital asset.

“Crypto assets continue to rank as the poorest hedge for major drawdowns in equities, with questionable diversification benefits at prices so far above production costs, while correlations with cyclical assets are rising as crypto ownership is mainstreamed,” analysts at JPMorgan said.

Some of bitcoin's supporters argue that the cryptocurrency is “digital” gold that can hedge against inflation and declines in the dollar.

Based on that logic, bitcoin would need to rise to $146,000 in the long term for its market capitalisation to equal total private-sector investment in gold via exchange traded funds or bars and coins, according to JPMorgan.

Tesla CEO Elon Musk said on Thursday that owning bitcoin was only a little better than holding cash. He also defended Tesla’s recent purchase of $1.5bn of bitcoin, which reignited mainstream interest in the digital currency.

One analyst says these are just the early innings of corporate adoption, as digital currencies start to play a larger role in balance sheet management
Companies
9 months ago
Next Article