Concern about the rampant coronavirus in much of the world outweighed Joe Biden’s $1.9-trillion US stimulus plan 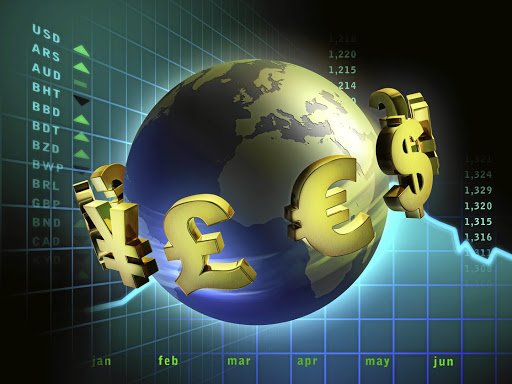 London/Shanghai — Global shares stumbled on Friday as hopes of a fiscal boost provided by a $1.9-trillion US stimulus plan were smothered by the prospect of stricter lockdowns in France and Germany and a resurgence of Covid-19 cases in China.

European stocks followed Asian markets lower, with the pan-European Stoxx 600 down 0.4% and London’s FTSE 100 0.6% weaker, with the latter clobbered by data showing Britain’s economy shrank in November for the first time since the initial Covid-19 lockdown in 2020 as social-distancing rules tightened.

Earlier on Friday, an Asian regional share index had edged near record highs after US president-elect Joe Biden proposed a $1.9-trillion stimulus plan to jump-start the world’s largest economy and accelerate its response to the coronavirus.

In prime-time remarks, Biden outlined a proposal that includes $415bn aimed at the Covid-19 response, some $1-trillion in direct relief to households, and roughly $440bn for small businesses and communities hard hit by the pandemic. But that initial boost later faded as risk appetite waned, lifting bond prices and the dollar, and hitting equities.

Investors also digested the prospect of rising taxes to pay for the plan. “The concern is what it’s going to mean from a tax stand point,” said Tim Ghriskey, chief investment strategist at Inverness Counsel in New York.

“Spending is easy to do but the question is how are you going to pay for it? Markets often ignore politics but they don’t often ignore taxes.”

Biden’s comments came after US Federal Reserve chair Jerome Powell struck a dovish tone in comments at a virtual symposium with Princeton University.

Powell said the Fed is not raising interest rates any time soon and rejected suggestions it might start reducing its bond purchases in the near term.

Investor concerns over the prospects for a global economic recovery were raised after France strengthened its border controls and brought forward its night curfew by two hours to 6pm for at least two weeks to try to slow the spread of coronavirus infections, while German Chancellor Angela Merkel called for “very fast action” to counter the spread of variants of the coronavirus.

Chinese blue chips eased 0.2%, snapping a four-week winning streak, after on Friday the country reported the highest number of new Covid-19 cases in more than 10 months.

Sentiment was also soured by a further strain in China-US relations after the Trump administration imposed sanctions on officials and companies for alleged misdeeds in the South China Sea and an investment ban on nine more firms.

On Friday, the US earnings season will kick into full swing with results from JPMorgan, Citigroup and Wells Fargo. Investors will be looking to see if banks are starting to take down credit reserves, resume buybacks, and provide guidance that shows the economy is improving, said Thomas Hayes, chair of Great Hill Capital in New York.

In the currency market, the dollar rose. The dollar index was at 90.458 compared to a basket of currencies, up 0.2% on the day. It was on track for a weekly gain of about 0.4%, making this its strongest week since November.

JSE muted as investors look towards US stimulus package

Spot gold rises 0.3% as $1.9-trillion stimulus package proposal is designed to boost US economy
Markets
3 months ago
Next Article