Oil slips amid demand fears, stimulus deal talks in US 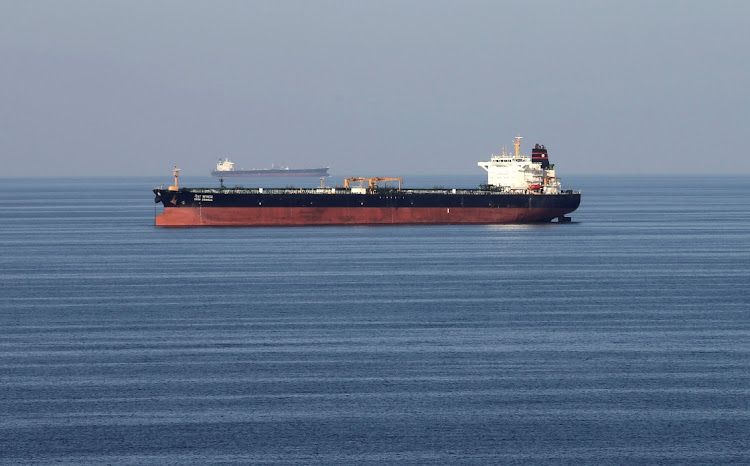 Oil tankers pass through the Strait of Hormuz. Picture: REUTERS/HAMAD I MOHAMMED

Tokyo — US oil prices slipped on Friday, dropping for a second day as concern mounted about the hit to demand from the surge in Covid-19 infections forcing new lockdowns, but prices were supported by signs of movement on a stimulus deal in Washington.

US Senate Republican majority leader Mitch McConnell agreed to resume discussions on providing more Covid-19 relief as cases surge across the US, Democratic leader Chuck Schumer said on Thursday, according to CNBC.

“Any stimulus deal done before the holidays will help keep crude prices stay near the upper boundaries of its recent trading range,” said Edward Moya, senior market analyst at Oanda.

Hospitalisations of patients with Covid-19 in the US have jumped nearly 50% in the past fortnight, forcing states to impose new restrictions to curb an alarming spread of the virus with Americans facing the prospect of a grim winter and holiday season.

“While falling demand is bearish for oil prices, that has mostly been priced in and should not drive significant weakness as the US announces more lockdowns over the next couple of weeks,” Moya said.

To counter the fall in demand from movement restrictions, Opec+ members are likely to delay a plan to boost production from January by 2-million barrels per day (bpd), sources told Reuters.

Opec+, a grouping that includes Opec, Russia and other producers, will discuss its output policy at a meeting on November 30 and December 1.

Oversupply concerns continue to weigh though as Libya has boosted its production much faster than analysts had expected, after shut-ins from the country’s conflict.

Loadings of Libya’s largest crude stream are set to increase, after the Opec member raised production to pre-blockade levels of 1.25-million bpd.