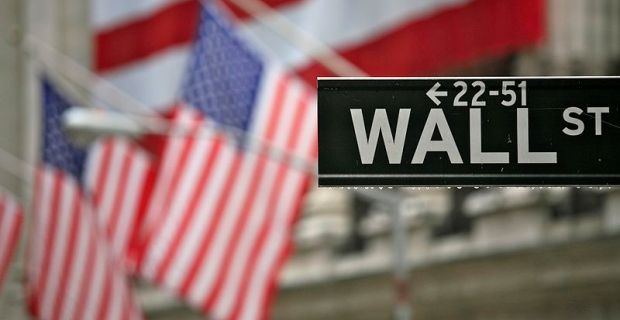 New York  — The S&P 500 ended higher but closed just shy of a record on Monday as investors bet that a full economic reopening was finally in sight after the first positive data from a late-stage Covid-19 vaccine trial.

Safe-haven US Treasuries sold off after US drugmaker Pfizer and its German partner Biotech said a large-scale trial of their vaccine showed it was more than 90% effective in preventing Covid-19. Saturday's news that Joe Biden had won the US presidential election was also a reassuring confirmation of what investors had already been counting on by the end of last week, according to market strategists.

“Election uncertainty is fading into the rear-view mirror. Now we have this boost of investor enthusiasm after the vaccine news,” said to Michael Antonelli, market strategist at Baird in Milwaukee. “All the types of companies that would benefit from us returning to a pre-Covid world are the big winners today.”

Sectors such as energy, travel and financials, which were among the hardest hit by lockdowns aimed at curbing the virus, were some of the biggest percentage gainers on Monday.

While the vaccine study is still ongoing and requires approval, Pfizer and Biotech said they had found no serious safety concerns so far and expected to seek US emergency use authorisation later this month.

“It's not that we're out of the woods with Covid. It's that the vaccine starts to remove the worst case scenario that we surge out of control and go back into a national lockdown,” said Antonelli. “The market's looking into the future, to the first and second quarter of next year.”

The S&P energy index led gainers among the S&P 500's 11 major sectors and registered its biggest daily percentage gain in months as investors bet demand would climb again when people become more comfortable with the idea of travelling as the health crisis subsides.

Also, bank shares, often seen as a proxy for the broader economy, soared.

The companies hit hardest by months of travel bans and lockdowns surged. The NYSE airlines index was up 19% while plane maker Boeing  jumped 15%. Cruise line operator Carnival  was up more than 32%.

In contrast, the technology sector and specific companies that had outperformed during the pandemic as they were seen as “stay-at-home” winners were making smaller gains or declining.

“Stocks like tech are being served up as a form of proceeds to fund the purchase of procyclical stocks that would stand to benefit from the economic reopening that could be accelerated by way of a vaccine,” said Mark Luschini, chief investment strategist at Janney Montgomery Scott in Philadelphia.

Stocks about the world had already been gaining ground before the vaccine data pushed equities even higher as expectations of better global trade ties and more monetary stimulus under US President-elect Biden was already lifting demand for risky assets.

Pfizer shares closed sharply higher after soaring as much as 15.4% during the session. But another drugmaker Biogen slumped as a panel of experts to the US health regulator voted against the drugmaker's experimental Alzheimer's treatment.

A stronger rand and positive sentiment created by Joe Biden’s win in the US presidential election, saw banks and financials faring best on the day
Markets
10 months ago