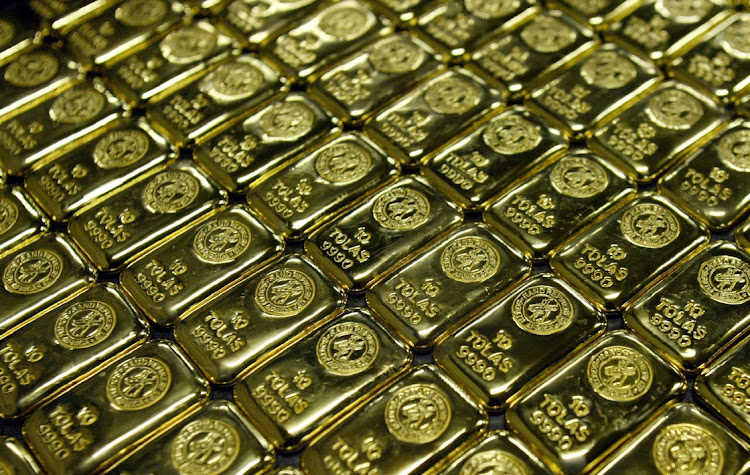 Gold bars are displayed at SA's Rand Refinery in Germiston on May 30 2006. Picture: REUTERS/SIPHIWE SIBEKO

Bengaluru — Gold was headed on Friday for its biggest weekly gain in more than three months, steadying near a nine-year high, as it benefited from a weak dollar and inflation expectations, fuelled by stimulus for virus-battered economies.

Silver eyed its best week since 1987, with additional impetus coming from bets for a revival in industrial activity.

“Interest rates are not really expected to go higher, and the likely response is seen as inflation.”

Gold tends to benefit from widespread stimulus measures from central banks as it is perceived as a hedge against inflation and currency debasement.

The dollar index held near a two-year low with investors also awaiting Beijing’s response to the US move to close its Houston consulate this week.

The tensions also prompted investors to seek safety in bullion. Despite the bullishness, downside risks remain for gold.

Demand for jewellery remains soft at prices above $1,800/oz in major retail markets India and China, and gold has to be content with investment demand to push prices,” analysts at Phillip Futures said in a note.

Safe-haven metal remains above psychological level of $1,800 per ounce
Markets
11 months ago