A group of wealthy northern European states is pushing for a smaller recovery fund, and is seeking to limit how payouts are split between grants and repayable loans 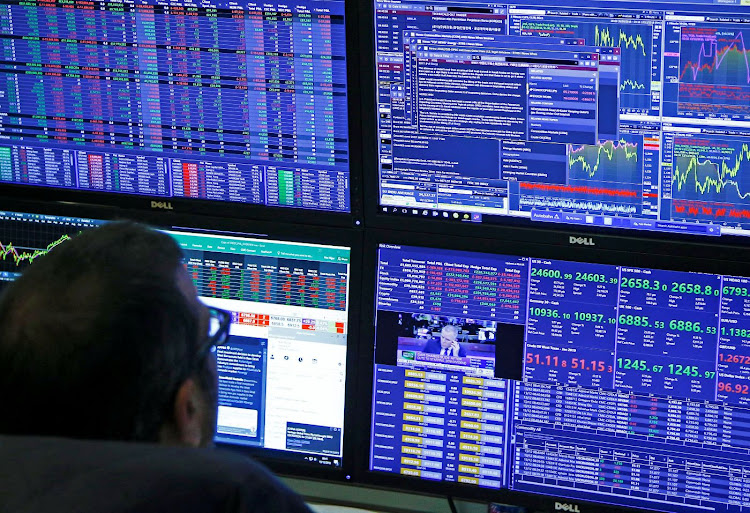 London — The euro and eurozone bond markets held out hope EU leaders would strike a deal on a recovery fund for the bloc's pandemic-ravaged economy on Monday, but the region's stock markets took a cautious turn lower as talks paused.

The single currency hit its highest levels against the dollar since March 9, at $1.1467 after reports of progress following three days of negotiations towards the proposed €750bn.

Stock markets kept the optimism in check, however. The pan-European Stoxx 600 index fell 0.6% in early deals.

Talks on the fund were adjourned on Monday until 2pm GMT. After the adjournment was announced, both the Austrian Chancellor Sebestian Kurz and Dutch Prime Minister Mark Rutte said progress was being made.

A group of wealthy northern European states pushed during the summit for a smaller recovery fund and sought to limit how payouts are split between grants and repayable loans.

An attempt to reach a compromise failed on Sunday. A deal envisaging €400bn in grants — down from a proposed €500bn — was rejected by the north, which said it saw €350bn as the maximum.

Discussions over the grants has since narrowed, with EU summit chair Charles Michel saying they would be based on 390 billion euros combined with smaller rebates.

“The euro has gained on the likelihood that they do come up with some solution at this meeting,” said Marshall Gittler, head of investment research at BDSwiss Group.

“I had expected them to fail, or at best to come to only a partial agreement, but the fact that they’ve kept at it for this long shows that they really are determined to succeed,” Gittler said. A successful agreement would probably give the euro a further boost, he said.

Chinese markets rose more than 2% after regulators raised the equity investment cap for insurers and encouraged mergers and acquisitions among brokerages and mutual fund houses.

Australia's S&P/ASX 200 index dropped 0.5% after authorities warned that a surge in Covid-19 cases in the country's second most populous state could take weeks to tame.

More than 14-million people have been infected by the novel coronavirus globally and nearly 602,000 have died, according to a Reuters tally.

South Korea’s Kospi pared gains to fall 0.1%. Japan's Nikkei was also down 0.1% after data showed the country's exports suffered a double-digit decline for the fourth month in a row in June.

In the US, Congress is set to begin debating a new aid package this week, as several states in the country’s south and west imposed new lockdowns to curb the virus.

The virus has claimed more than 140,000 US lives since the pandemic started, and Florida, California, Texas and other southern and western states shatter records for new cases every day.

Oil prices fell, unnerved by the prospect of rising coronavirus cases halting a recovery in fuel demand. US crude and Brent were both down 1% each to $40.14 per barrel and $42.71 per barrel, respectively.

Prices for copper, a barometer of economic growth, fell on Monday after data showed rising inventories in Chinese warehouses and on concern the climbing coronavirus cases threatened a sustainable global recovery.

Ninety One assets under management rose to £118bn during the prior quarter, while Coronation's increased to R570bn
Companies
10 months ago

Risks of a second Covid-19 blow to world growth are rising, analyst says
Markets
10 months ago
Next Article