Finance minister Tito Mboweni will deliver the mid-term budget on Wednesday, with investors awaiting more details on the Eskom restructuring 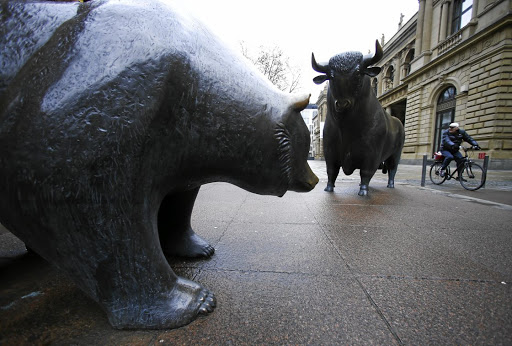 The JSE was little changed on Tuesday, while global markets were mixed as focus shifts to the US Federal Reserve monetary policy decision on Wednesday.

Investors are waiting to see whether the Fed will cut interest rates for a third time in 2019 amid concerns about slowing economic growth. Markets have priced in a 25-basis-point cut from at will be the central bank’s penultimate meeting of the year.

On the trade-war front, a White House official said on Tuesday that the date for when the US and China will finalise the partial trade deal is still “fluid” as the two countries are expected to sign the agreement next month, Reuters reported.

Mercato Financial Services analyst Nico Du Plessis said: “The market is expecting further clarity on how the Eskom bailout will be structured and where the funding will come from in an extremely constrained fiscal environment. With little room to extract more revenue from the shrinking tax base, it seems inevitable that the government is going have to pursue expenditure cuts.”

Public enterprises minister Pravin Gordhan detailed the government’s plans to fix Eskom on Tuesday. These include the separation of the transmission component, cutting fuel costs, and increasing renewable energy output. He said the a new CEO for the troubled power utility will likely be announced next week.

The unemployment rate rose to 29.1% in the third quarter, data from Statistics SA showed on Tuesday. The latest figure is the highest in 11 years.

Octodec gained 1.66% to R15.95. This despite the real estate investment company saying on Tuesday that its headline earnings per share (HEPS) fell 27.9% to R1.61 in the year to end-August.

Aspen fell 0.63% to R105.99. The drug maker has written down the value of a heartburn medicine its sells mainly in Australia, Zantac, by R719m after it was recalled due to possible cancer risks.

The US fed is expected to announce policy stimulus at its meeting on Wednesday, but European markets feel weight of mixed earnings e
Markets
2 years ago
Next Article

Oil prices down on rise in US crude stock pile

Oil prices down on rise in US crude stock pile