Brent is hardly changed, torn between the hope the US and China may settle their disputes and data raising concern over China’s slowdown 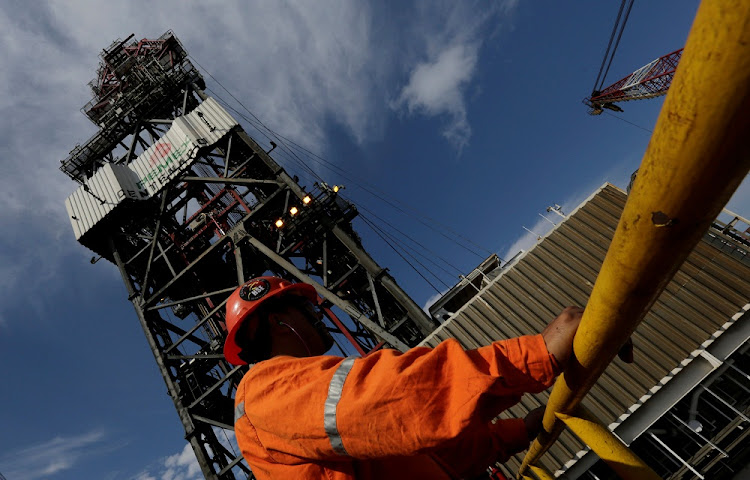 An employee works on at the Centenario deep-water oil platform in the Gulf of Mexico off the coast of Veracruz, Mexico. Picture: REUTERS

Singapore — Oil prices held steady on Friday, torn between the hope the US and China could soon settle their trade disputes and new data raising fresh concerns over China’s economic slowdown.

International Brent crude oil futures were at $60.87 a barrel at 2.44am, 3c above their last close.

US President Donald Trump said on Thursday he will meet with Chinese President Xi Jinping soon to try to seal a comprehensive trade deal as Trump and his top trade negotiator both cited substantial progress in two days of high-level talks.

Yet prices were weighed down by a survey on Friday that showed China’s factory activity shrank by the most in almost three years in January amid slumping orders, reinforcing fears a slowdown in the world’s second-largest economy is deepening.

Despite these concerns, traders said oil markets overall are being supported by supply cuts from producer cartel Opec, which according to a Reuters poll pumped 30.98-million barrels a day (bbl/day) in January, down 890,000bbl/day from December.

In Venezuela, meanwhile, US sanctions imposed on state oil firm PDVSA this week are keeping tankers stuck at ports and are expected to accelerate the supply drop in February.

“The latest US sanctions could directly halt around 500,000bbl/day of Venezuelan exports to the US,” Citi bank said.

Much Venezuelan crude oil is rated as heavy and requires the light petroleum naphtha, much of it supplied from the US, for dilution before export to refineries.

“An additional 350,000bbl/day of Venezuelan oil output is at risk due to the lack of US dilutents, a result of the US product exports ban with immediate effect,” Citi said.

US and China in the lead in the AI race, says the UN

US and China in the lead in the AI race, says the UN