World markets gripped by growth fears ahead of US Fed meeting

Japan's Nikkei closes at a nearly nine-month low, as the US Fed kicks off a two-day meeting with another rate hike expected 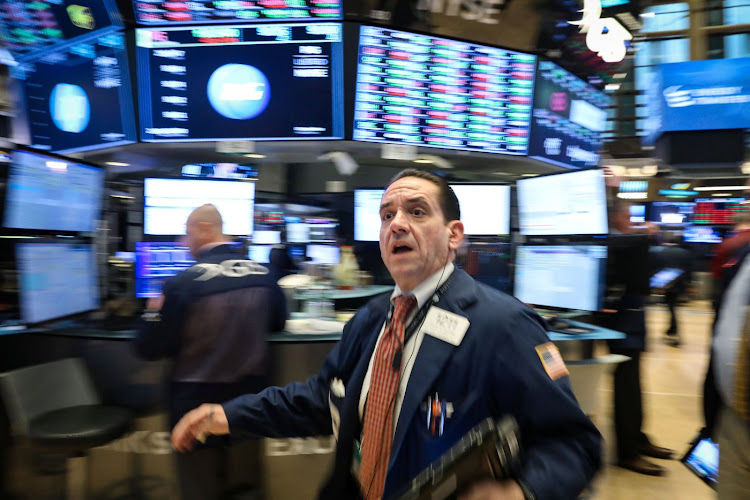 London — World stock markets, the dollar and oil prices tumbled on Tuesday as fears about a slowing global economy gripped investors, just as the US Federal Reserve looks set this week to deliver its fourth interest rate hike of the year.

Investor confidence has deteriorated further with more fund managers expecting global growth to weaken over the next 12 months, the worst outlook in a decade, Bank of America Merrill Lynch’s December investor survey showed.

US stock futures pointed to a firm open for Wall Street a day after US stocks fell to their lowest levels in more than a year, while European equity markets recovered some ground. Still the overall tone remained downbeat, with many investors questioning whether the US Fed will be able to raise rates much further in the face of turbulent markets and a weakening economy.

MSCI’s World Stock Index has fallen 10% this year and is set for its worst year in a decade. The S&P 500, a broad measure of US stock markets, is almost 8% lower in December — heading for its worst month since 2010.

“We’re facing the biggest December fall in US stocks since 1931 and this is striking and worrying at the same time,” said Chris Bailey, European strategist at international financial services firm Raymond James. “We are at a regime shift moment and the debate is how big that regime shift will be.”

In addition, the German Ifo economic institute’s business climate index fell for the fourth month in a row to its lowest level in more than two years; and Japan’s government revised down its economic growth forecasts.

On Monday, US President Donald Trump and his top trade adviser stepped up their criticism of the central bank’s monetary tightening, raising investor anxiety.

Oil prices and the dollar fall

Oil prices dropped 4%, weakening for a third consecutive session as reports of swelling inventories and forecasts of record US and Russian output.

The dollar extended its falls against major currencies ahead of the Fed meeting. The euro was up 0.4% at $1.13935, having recovered all its losses from Monday when it was hit by weak eurozone data. The dollar was also weaker against Japan’s currency, trading down 0.5% at ¥112.26.

The dollar replaced technology stocks, known as Faang in the US — Facebook, Apple, Amazon, Netflix and Google; and China’s BATs — Baidu, Alibaba and Tencent — as the most crowded trade for the first time since January, Bank of America Merrill Lynch’s December investor survey showed.

“This year has been quite remarkable in the sense that pretty much all asset classes have been down, which is even worse than 2008 because during the global financial crisis, we at least saw some safe havens — US government bonds, gold — performing positively,” said Stefan Keller, asset allocation strategist at Candriam in Luxembourg. “At least in real terms, that’s not the case today. This is indeed a huge challenge. Clearly it’s in sharp contrast to last year’s optimistic outlook.”

Safe-haven US and German bond markets appeared to be the beneficiaries of the risk-off mood in world markets for now.  Germany’s 10-year bond yield fell to a one-week low of 0.23%, while 10-year US treasury yields fell to their lowest since August at 2.82%.

Rand slightly stronger ahead rates decision in the US

Meanwhile, investors expect signs of economic turbulence to prompt the US Fed to signal a slowdown in the pace of tightening in 2019
Markets
2 years ago
Next Article

Rout could continue after a year to forget: Africa markets in 2019

Rout could continue after a year to forget: Africa markets in 2019