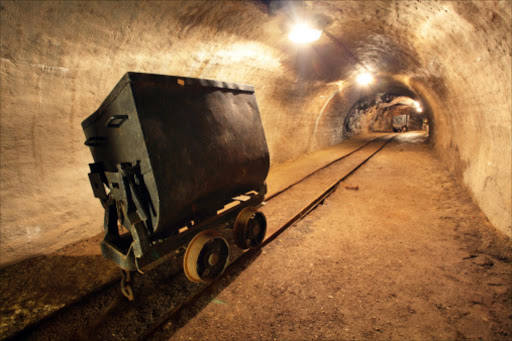 Global equity markets are getting beaten up, but gold miners have been spared as haven demand swells and bullion’s outlook brightens.

Newcrest Mining, Australia’s top producer, rallied as much as 2.3% on Tuesday, while SA’s Harmony Gold was the biggest mover, rising 3.8%. Canada’s Barrick Gold — which is taking over rival Randgold Resources — has surged 28% this quarter. The gold miners’ index is at its highest in two months.

Gold and its producers are catching a bid after the S&P 500 Index hit the lowest since October 2017 on Monday, dragging a gauge of world stocks to a 19-month low. The metal has been supported by concerns over slowing global growth, and speculation that the US Federal Reserve may pause its tightening cycle in 2019. Investors have been boosting holdings in bullion-backed exchange-traded funds (ETFs), and spot prices are poised for a third monthly rise. 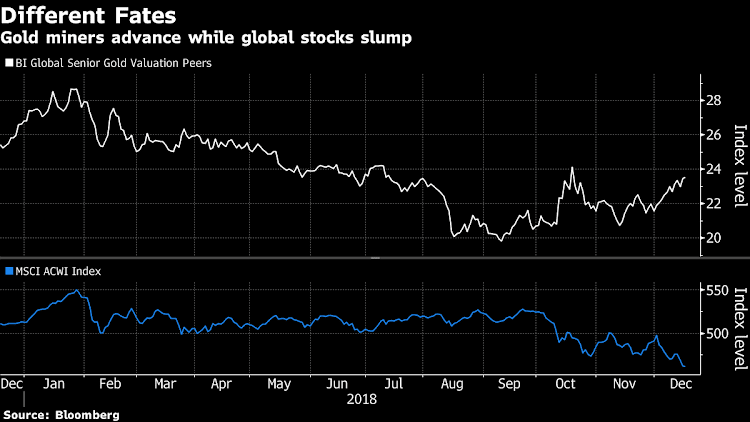 “Gold is regaining momentum,” Gavin Wendt, senior resource analyst at MineLife in Sydney, said in an e-mail. “Until now, gold has played second fiddle to the US currency as investors have sought a safe haven in the face of trade war uncertainty. Now, we see gold’s appeal firming.”

Heading into 2019, banks have lined up to cite bullion as a commodity that’s well placed to rally. Among backers, Goldman Sachs has forecast that the metal may hit $1,350 an ounce in 12 months. On Tuesday, it was near $1,250 an ounce.

“Gold equities are rebounding on the back of renewed interest in gold generally, especially price movements over recent weeks,” Wendt said. “Gold equities have lagged behind other market sectors and are undervalued.”

Meanwhile, investors expect signs of economic turbulence to prompt the US Fed to signal a slowdown in the pace of tightening in 2019
Markets
2 years ago
Next Article