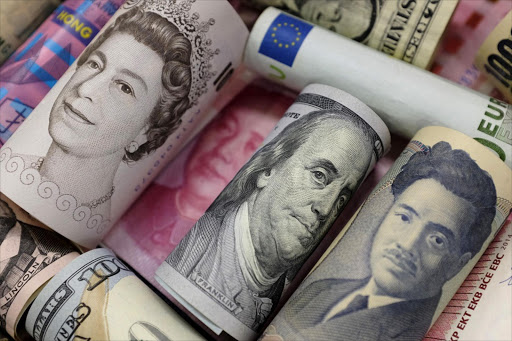 Sydney — The dollar notched an 11-month top against the yen on Thursday as stunningly strong US economic data drove treasury yields to their highest since mid-2011.

Asian stocks were pressured as borrowing costs rose at home.

Higher US yields are anything but favourable for emerging markets as they tend to draw away much-needed foreign funds while pressuring local currencies.

“A simple dynamic is playing out in the global economy right now — the US is booming, while most of the rest of the world slows or even stagnates,” said HSBC economist Kevin Logan.

“A Federal Reserve that is raising rates to prevent the US economy from overheating is constraining the policy options of countries where financial conditions are tightening and trade tensions intensifying.”

MSCI’s broadest index of Asia-Pacific shares outside Japan skidded 1.1% in response, with South Korea, the Philippines, Indonesia and Taiwan all down.

Even the Nikkei eased 0.2%, as rising yields offset the boost to exporters from a weaker yen.

The dollar had taken off after an influential survey of the US services sector showed activity at its strongest since August 1997, sparking speculation that the payrolls report on Friday could also surprise.

“The (ISM) index was significantly above the long-term average during periods of growth and consistent with the upside risks to growth,” said Kevin Cummins, senior US economist at NatWest Markets.

“At a minimum, these data suggest that labour demand remains very strong.”

Federal Reserve chairman Jerome Powell declared the economic outlook was “remarkably positive” and said rates might rise above “neutral”, currently anywhere from 2.5% to 3%.

A Fed hike in December is now put at an 80% chance, while investors lifted expectations for how high rates may eventually go.

Yields on 10-year treasury debt were at 3.18%, having spiked 12 basis points overnight to the highest since June 2011. It was the steepest daily increase since the shock outcome of the US presidential election in November 2016.

The jump in yields boosted financial shares on Wednesday, putting the S&P 500 index within striking distance of a record.

Financial stocks were also aided by signs Italy would cut its budget deficit and lower its debt, easing concern that had pressured global stock markets.

The groundswell of economic optimism swept the dollar to a six-week high on a basket of currencies and it was last trading up at 96.085.

In Asia, the Indian rupee and Indonesian rupiah have been under heavy fire, in part because both countries are being squeezed by the soaring cost of imported oil.

Oil prices have reached four-year peaks as the market focused on upcoming US sanctions against Iran while shrugging off the year’s largest weekly build in US crude stockpiles.

The cheap money available from quantitative easing, used by emerging-market economies to finance growth is coming to an end
Economy
3 years ago
Next Article