The vehicle is available in a single model boasting top features, enhanced mechanicals and a refined drive 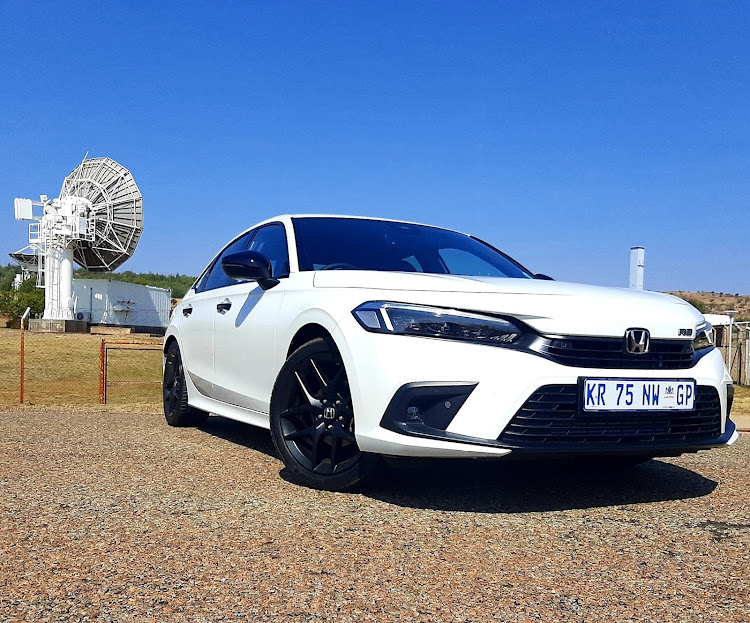 The Honda Civic RS has landed in SA and president of the local subsidiary, Yuishi Fukuda, says he is saddened by customers’ low interest in sedans. Despite the sentiment and rise of the SUV, he says his company is pressing on with the sedan body style only for now, and in RS guise only in SA.

The Type R hatchback that’s hogging headlines should arrive in SA in 2023, but in the meantime the latest arrival coincides with the 50-year anniversary of the range which debuted in 1972, and according to the company, it’s the most technologically advanced yet.

Something has to be said for the elegantly simpler styling above its predecessor with jagged edges and rotund stance. Though not immediately apparent at first glance, it looks better the longer you stare at it. Also, with a length of 4,677mm, the successor is 25mm longer, stretching out its cabin by 35mm for more leg and shoulder room.

But it has a slightly lower roofline without feeling shallow and it’s more luxurious than ever inside. The attention to detail is discernible in look and feel all over the dashboard crafted from quality materials, with some inserts in shiny bird’s-eye black and others in shiny chrome surfaces.

A honeycomb mesh panel that extends across the ensemble stylishly conceals air vents and serves as both décor and divider between the information section which includes a 10.2‑inch digital driver’s information binnacle and an all-new nine‑inch main screen equipped that connects wirelessly with Apple CarPlay and Android Auto. A wireless charging pad is positioned below, right next to the gear lever. 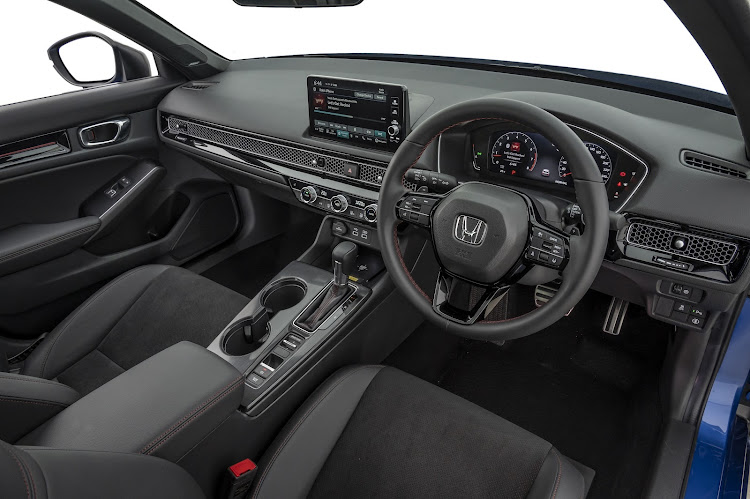 A capacious and luxurious interior is a highlight of the new Honda Civic RS. Picture: SUPPLIED

Honda dishes out plenty of features inside, including a Bose sound system. But perhaps the new Civic RS’s most attractive feature is the quality of build that permeates throughout the cabin, and on top of that, the truly lush suspension damping and noise reduction efforts on the move.

The Civic RS also comes bearing wide-set LED headlights, dual tailpipes, a boot spoiler and 18-inch alloy wheels and is powered by a new and turbocharged 1.5l four cylinder engine. Outputs are 133kW and 240Nm managed by a drive mode selector with Econ, Normal and Sport, and one of the finest continuously variable transmissions in the business.

Honda says the mechanicals are engineered for both frugality and exciting performance and, based on our initial drive, this has been achieved. The drive experience revealed the engine has good tractability at the bottom of the revs and robust enough mid-range shove for overtaking acceleration or high speed cruising.

The ride is wonderfully cosseting, and the car silently hummed at freeway speeds using the standard active cruise control with self-steer, and remarkably isolated outside noises while returning a 6.6l/100km average which closely matches the 6.2l/100km claimed by its maker.

This is not at the expense of handling though. It’s no Type R, but the Civic RS can still be steered with verve inside twisty and challenging roads. The driving position isn’t the greatest but the seats are cushy and supportive. Honda doesn’t share performance numbers but the steering response is excellent for tracking corners or to steer around obstacles and there’s a genuine element of driving fun.

If you fancy an alternative sedan to the entry-level models of the usual German triumvirate and a sprinkling from elsewhere, the new Civic RS feels a luxury-car bargain.

It can be had in body colour options that include platinum white, coffee cherry red, meteoroid grey, lunar silver, and brilliant sporty blue. It costs R699,000 and comes with a five-year/200,000km warranty, five-year/90,000km service plan and three-year AA roadside assistance. 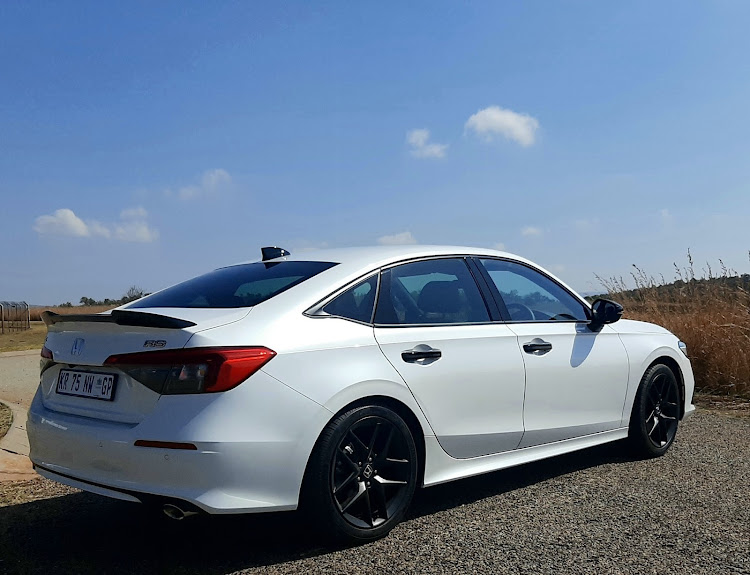 Imported models keep the brand afloat while its flooded factory is repaired, and Chery delivers a surprise
Life
3 days ago

The Kenyan-made bike has a starting price of just R25,000 and no fuel costs
Life
3 days ago

End of the road for Bugatti’s peerless 16-cylinder engine

The 8.0-litre W16 engine has been propelling Bugatti’s hyper sports cars for almost 20 years
Life
3 days ago
Next Article