End of the road for Bugatti’s peerless 16-cylinder engine 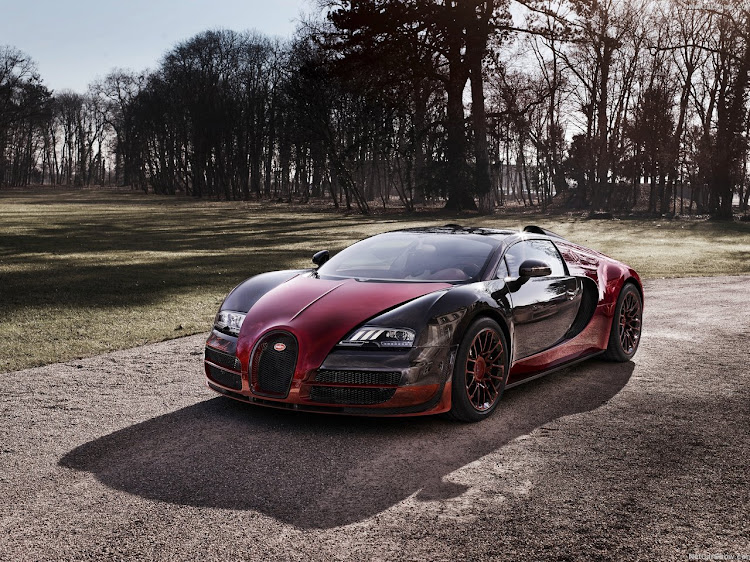 The Veyron shook up the hypercar scene with a 16-cylinder engine. Picture: SUPPLIED

The 8.0l W16 engine has been propelling Bugatti’s hyper sports cars for almost 20 years. The only 16-cylinder engine in the world to be used in a car, it is a veritable engineering masterpiece that has become an icon in its own right. This is a look back at the story of its evolution and development.

When Bugatti published the first technical details about the engine for the Veyron 16.4 in 2005, it instantly changed the game. It was sensational. Its 1,001 Horsepower or 736kW power output was unparalleled with acceleration from 0 to 100km/h in 2.5 seconds and a top speed of over 400km/h.

Its development was a lengthy process. In 1997, engineer Ferdinand Karl Piëch, chairman of the board of management of Volkswagen at the time, presented VW’s head of engine development Karl-Heinz Neumann with the initial idea.

His idea was an engine with 18 cylinders, but it would subsequently be modified to become the W-shaped 16-cylinder unit we know today: a fitting homage to the 16-cylinder engine developed by Ettore Bugatti himself.

“At the time, no-one really believed there could be a vehicle for the road that boasted 1,000hp. We wanted to prove we could construct an engine that was not only powerful, but also manageable,” said Gregor Gries, the company’s head of technical development at the time.

“We had to engage in basic development for every component; all 3,500 individual parts, each assembled by hand, and the work monitored had to be constructed anew and tested — even the engine test bench. The only thing we didn’t change was the pencils we used for drawing,” says Gries.

“We felt like Ettore Bugatti back in the day — he too always developed his own tools.”

No bigger than a V12, and weighing about 400kg, the engine has the arrangement of cylinders in a “W” configuration to thank for its compact size. Two eight-cylinder blocks are set at an angle of 90° to one another, boosted by four exhaust gas turbochargers. But the challenges the team faced to transform the W16 into a reality were immense.

On its first test in 2001, the engine achieved the required 1,000hp right off the bat. But such were the leaps in performance that traditional engine test bench and ventilation systems could not cope with the new W16 and new systems had to be developed. 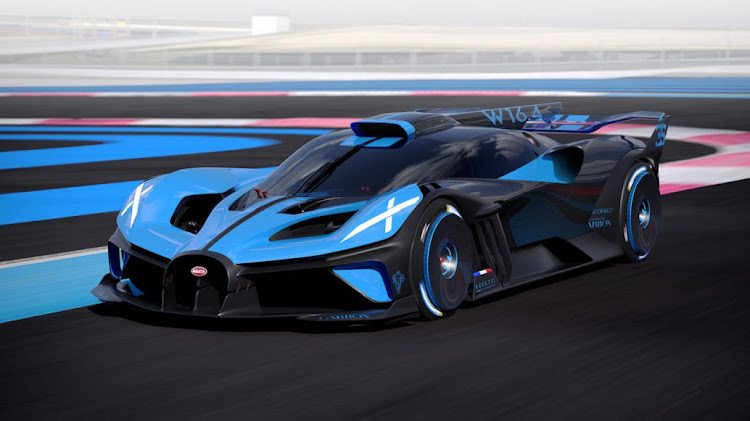 The Bolide is a Bugatti freed of all baggage, combining the 8.0l W16 engine with a lightened chassis. Picture: SUPPLIED

There were also new requirements not previously asked of a production vehicle, such as the channelling of the very hot exhaust gas of which a titanium exhaust system on a scale not previously seen in the automotive sector was the solution.

With performance secured, the engineers turned their attention to smoothness and reliability.

“From the outset, our aim was to generate maximum engine performance in a stable, clean manner,” explains Gries.

A complex water-cooling system that uses 40l of water was also needed and there are also coolers each for the differential oil, transmission oil, and engine oil, as well as a heat exchanger for the air conditioning system. The W16 is incorporated into the Veyron as a longitudinally mounted mid-engine with the seven-speed dual-clutch transmission located in front of the engine.

The sound of the engine is exclusive thanks to an asymmetric firing order with firing gaps of just 45 degrees. It’s a sound unlike any other engine.

The engineers continued to optimise the engine over the years with the Veyron Super Sport model setting a speed record of 431.072km/h, earning itself an entry into the Guinness Book of Records.

Bugatti unveiled its successor, the Chiron, in March 2016 which  surpassed the Veyron output by about 50%. Once more it was an 8.0l W16 but with four and larger turbochargers it made outputs of 1,103kW and 1,600Nm.

With the Chiron, the engineers wanted to make the W16 more powerful, quieter, and more cultivated. The only aspects the engineers kept were the compact engine shape and the pitch of 73mm — everything else was developed new. New sequential turbocharging increased output to initially 1,103kW and, for the Chiron Super Sport and the Centodieci, to 1,176kW.

The development work paid off, with the Chiron Super Sport 300+ breaking a speed record in 2019 to become the first production automobile to surpass the 300mph (382km/h) mark. Hitting a speed of 490.484km/h, the Chiron Super Sport 300+ is the fastest production sports car about, though it isn’t counted as a world record as Bugatti didn’t make the required runs in opposite directions to account for gradient and wind direction.

Bugatti Automobiles president Christophe Piochon said: “Who would have said we would continue to develop the W16 for so long and so impressively?

The Chiron’s successor is expected to have an electrified internal combustion engine, after Bugatti’s recent merger with Croatian electric start-up Rimac Automobili to create the new Bugatti Rimac company. It is a joint venture between Rimac (55%) and Porsche (45%). 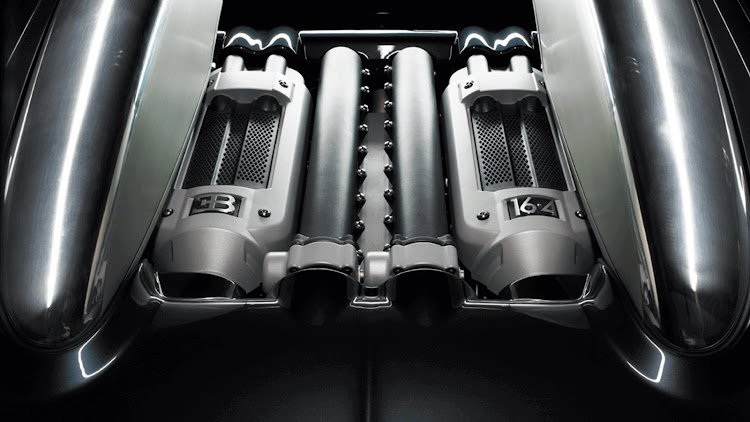 After 18 prototypes and 45 crash tests, the Croation electric hypercar is ready for owners
Life
1 month ago

After 15 years in development, the jet fighter-inspired sports car is in last testing
Life
11 months ago

From the outside, the Mission R looks like the futuristic spawn of a Porsche Cayman and a Lotus Evora
Life
11 months ago

The most powerful AMG yet has a total output of 782kW thanks to a four-motor hybrid system with active aerodynamics that help it reach 200km/h in 7 ...
Life
2 months ago
Next Article