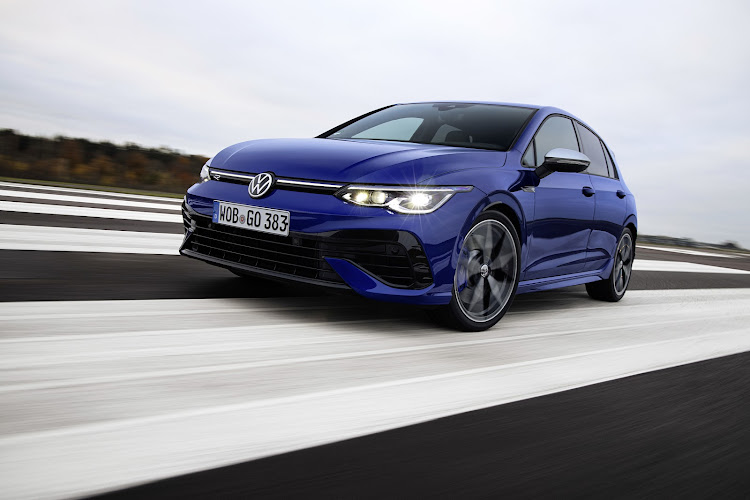 Volkswagen has revealed its long-delayed R models are finally headed for Mzansi, with the Tiguan R to arrive in October and the Golf R early next year.

These high-performance halo models were launched in Europe in 2020, but their local introduction was postponed due to component shortages affecting the global motor industry.

Prices will be made known only at launch, but expect a hefty premium over the R696,700 of the Golf GTI, the car on which the Golf R hatchback and Tiguan R SUV are based.

To earn the R badge, these range-topping VWs have extensive tweaks to their drivetrains and aerodynamics.

For starters, the 2.0l four-cylinder turbo petrol engine packs 235kW of power and 400Nm of torque. That makes it the most powerful Golf yet and a considerable leap over the GTI’s 180kW and 370Nm, and it is all fed to the road via all-wheel drive (the GTI is a front-wheel drive) and a seven-speed dual-clutch automatic transmission. The power’s the same as European versions, but torque is 20Nm down because of SA’s lower fuel quality.

While the extra muscle is marginally better than the previous Golf R’s 228kW and 400Nm, the chassis and aero upgrades have turned the new Golf R into a much better track car. It posted a seven minute, 51 second lap time around the Nurburgring Nordschleife — a 19-second improvement.

Key to this upgraded corner-hugging performance is a torque vectoring system that not only shifts engine power between the front and rear wheels, but can also individually shift torque between the rear wheels. This significantly improves cornering speed and reduces understeer by, for example, increasing torque on the outer rear (left) wheel in a right-hand bend.

The R models also have revised suspension and steering and larger brakes, while the electronic stability control is tuned for raised thresholds and has three modes: normal, sports and off.

There are four driving profiles: Comfort, Sport, Race and Individual. Optionally, customers can order their cars with two additional driving profiles: Special, which is optimised for track use, and Drift, which sends power to one rear wheel only and maximises tyre-smoking ability.

Jan Schiedek-Jacht, head of technical development at Volkswagen R, told TimesLIVE the Golf R and Tiguan R have reduced front and rear lift for better downforce, with a minimal increase in aerodynamic drag.

Both cars reach electronically governed 250km/h top speeds, with the Golf R capable of 270km/h with an optional performance package. The Golf R sprints from 0-100km/h in a claimed 4.8 seconds, while the heavier Tiguan takes 5.1 seconds. 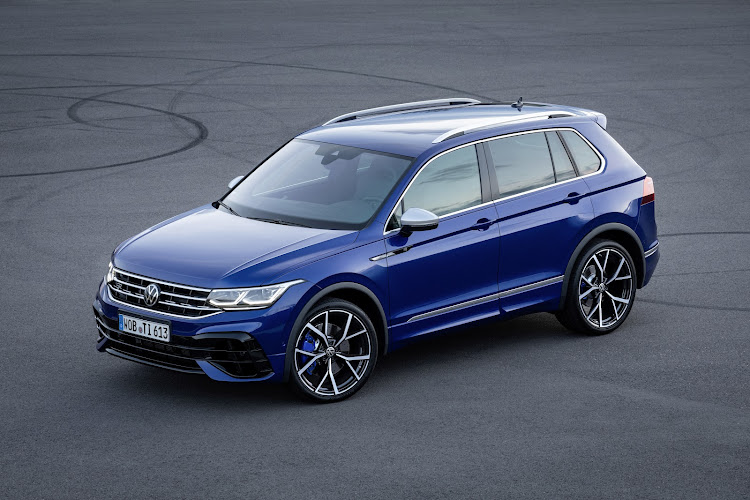 Inside, the cars have unique R décor, R-specific gearshift paddles and digital cockpits with lap timers. A unique steering wheel has a blue R button to toggle between driving profiles. 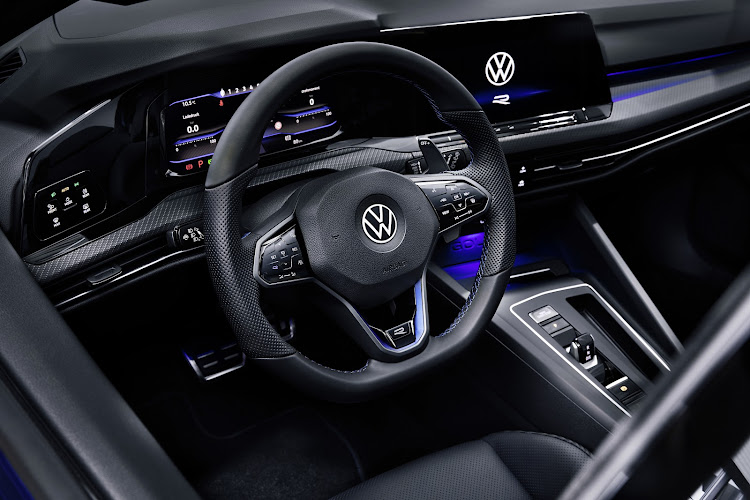 He said fun-to-drive is a core element of the brand’s DNA, and Volkswagen R is the firm’s premium performance brand with a transfer of innovative technologies rooted in motorsport.

Knapp said local customer interest in the R models is very high despite the delay in their arrival.

There are no plans to bring in R models of the T-Roc and Touareg, nor the Golf R 20th anniversary edition.

It is the fastest, most powerful Type R in the history of the series
Life
2 weeks ago

The hatchback is almost 50 years old, and these models rolled off the factory floors with just the right amount of attitude
Life
2 months ago

With its updated tech, this junior GTI isn’t such a big step down from a Golf anymore
Life
4 months ago
Next Article