The fast wagon has been an icon of style, performance and practicality in two decades 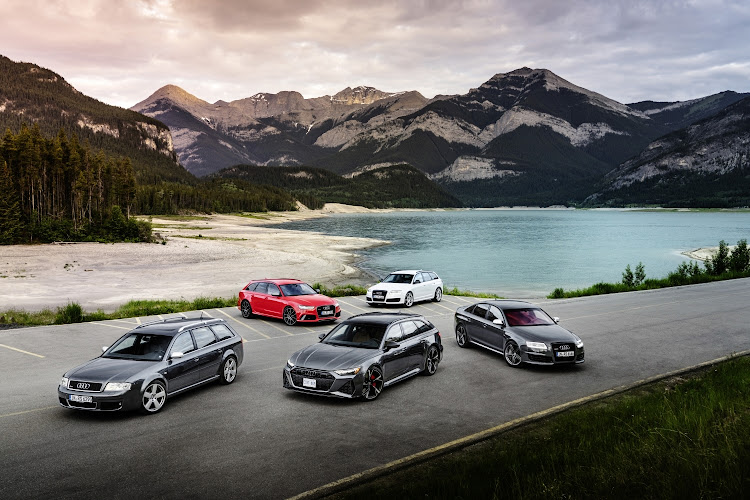 Four generations of the Audi RS 6 Avant and sedan have been thrilling owners. Picture: SUPPLIED

Shortly after the start of the new millennium, what was then quattro GmbH (now Audi Sport GmbH) was faced with the question of which car the staff would give a sporty renovation to after the RS 4.

It was an opportune moment for the Audi A6. The first generation (C5) underwent a product enhancement in 2001 and Audi also wanted to add more power under the hood in its upper mid-range.

The Audi engineers at quattro GmbH put a great deal of effort into making the A6 a sports car and also shifted its appearance into a higher gear; it grew 4cm in both length and width thanks to new skirts, wider sills, a spoiler, 18-inch or 19-inch wheels and two oval tailpipes.

Power wise, the car featured a twin-turbo 4.2l V8 built by British engine wizards Cosworth, which was a subsidiary of Audi AG until 2004. It had an output of 331kW and 560Nm and a torque-converter transmission with shorter shifting times. Five driving modes enabled acceleration to 100km/h in 4.7 seconds and 250km/h. Equipped with the then newly developed Dynamic Ride Control (DRC) suspension, the A6 was sure to impress with its ideal spread between comfort and sportiness.

All first-generation RS 6 vehicles (C5) were handmade and to date, the C5 is the only RS 6 that is also a racing car from the start. The RS 6 Competition, with 349kW and a manual transmission, competed in the 2003 Speed GT World Challenge. At the end of its life cycle, quattro GmbH added a shot of additional power, resulting in 353kW and 560Nm.

In 2008, the second-generation C6 followed, wielding a twin-turbo 5.0l V10 engine. Power shot up to 427kW and 650Nm, while a six-speed automatic was used. The sedan needed 4.5 seconds to reach 100km/h; the Avant took 4.6 seconds. The first ceramic brake discs were made optional in the RS 6 and for its finale, the RS 6 plus Sport and a RS 6 plus Audi Exclusive were introduced. In all, 500 limited vehicles rolled out of the plant in Neckarsulm.

Fewer cylinders? That can’t be right! That is one critique that not only customers raised when Audi moved away from the 10-cylinder biturbo in 2013 and returned to a twin-turbo eight-potter with a smaller 4.0l of displacement — the smallest engine in the history of the RS 6. Additionally, the sedan was discontinued to make way for the Audi RS 7 Sportback.

Despite dropping two cylinders and 15kW, 700Nm and a new eight-speed transmission gave the C7 a dash from 0-100km/h in 3.9 seconds, half a second faster than its predecessor. Top speed was 305km/h and owners enjoyed 30% lower fuel consumption thanks, in part, to cylinder deactivation, which used four-cylinders on light-engine loads.

Air suspension became a standard feature for the first time, and the car was 20mm lower and with sportier tuning. A trailer hitch was also available as an option and the RS 6 performance made 444kW and 750Nm with an overboost function. Despite the initial criticism about the reduced power and fewer cylinders, the C7 was a best seller.

In 2019, three years before its 20th birthday, the fourth-generation RS 6 (C8) rolled out with the same 4.0l biturbo with 441kW, but torque had jumped to 800Nm. For the first time in its history, the car is supported by a 48-volt mild-hybrid system, improving efficiency further. The 0-100km/h time arrives in 3.6 seconds, while all-wheel steering improves stability and cornering. 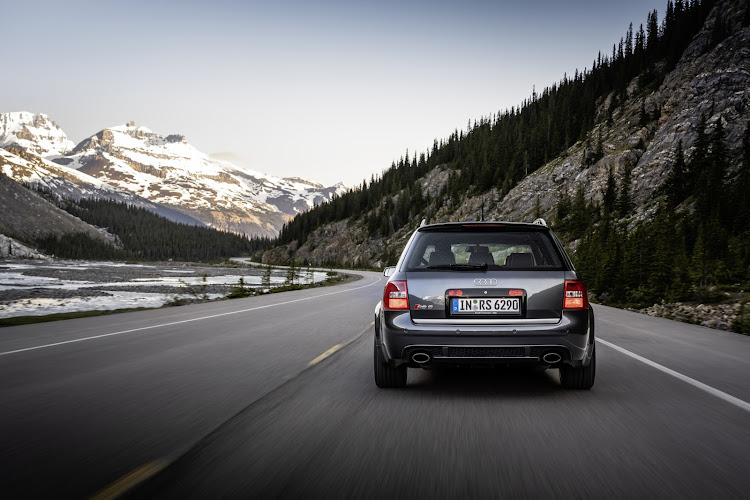 The C5 RS 6 started the delicious madness of a supercar-slaying wagon. Picture: SUPPLIED

The free upgrade is retro-fitted in vehicles from 2008 and onwards that do not have Audi connect installed.
Life
1 month ago

This silent SUV is sophisticated, comfy and quick off the line if you are ready for life with an EV
Life
3 months ago
Next Article