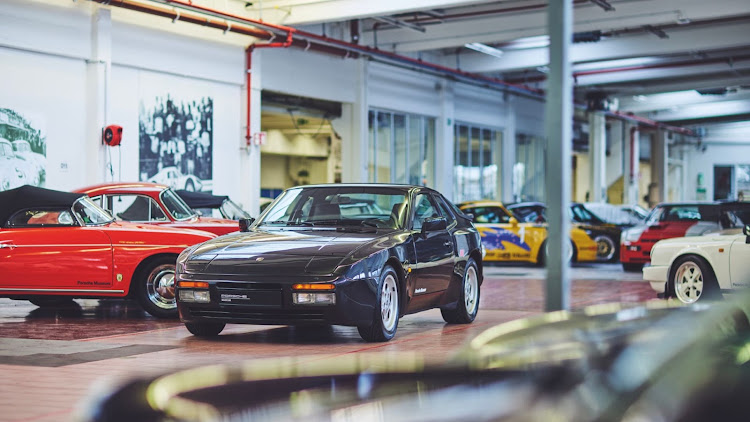 The dual-clutch transmission was first tested in the Porsche 944 Turbo of the 1980s. Picture: SUPPLIED.

It was 40 years ago that Rainer Wüst worked at Porsche as a transmission test engineer. Ten years later he became the technical manager responsible for the development of the Porsche dual-clutch transmission, or Porsche Doppelkupplungsgetriebe (PDK) as it0146s known today.

PDK is a self-changing or manually-operated dual-clutch transmission fitted to nearly all Porsche models except the electric Taycans.

The idea was to combine the best of two worlds — the advantages in the degree of efficiency of a manual transmission and the potential for performance of full automation, which had many weaknesses at the time.

In the early 1980s, Wüst found old transmission development prototypes from the engineer Imre Szodfridt languishing in storage. At the end of the 1960s, Szodfridt had already pitched the idea of a dual-clutch system to the head of development at Porsche at the time, Ferdinand Piëch.

At the start of the 1980s, there were neither powerful control electronics nor vehicle-compatible electrohydraulic valves in series production.

“We got the Szodfridt transmission from storage and worked with pneumatic valves, which we converted to work hydraulically. It was complicated pioneering work from the ground up, but the result already had pre-series status,” he said.

The development of the Porsche synchromesh at the time had moved the transmission department forward, said Wüst. The first test model for the PDK was the 944 Turbo of the 1980s, with a PDK gear lever with a minus sign for downshifts and a plus sign to indicate  upshifts. 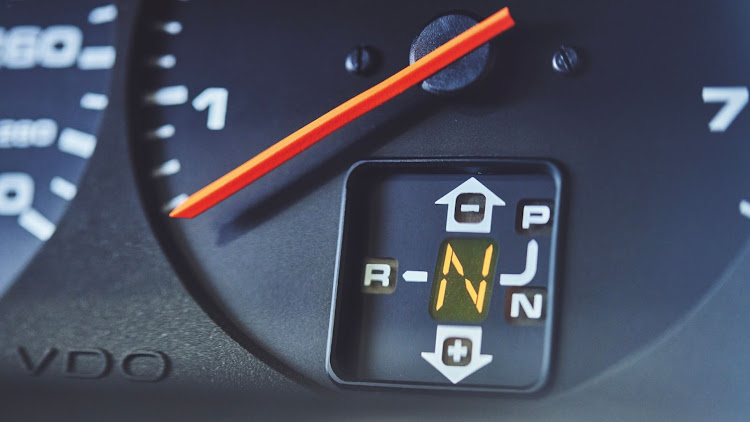 The PDK display in the 944T helped drivers to navigate the new type of transmission. Picture: SUPPLIED.

As a result, they decided to put the capabilities of the newly developed PDK to the test on the racetrack with the Porsche 956, the Group C sports-prototype racer from 1982. The racing drivers immediately recognised the enormous potential of the new development.

“We were able to change gears and drive significantly faster without interrupting the engine’s drive,” said Hans-Joachim Stuck, who also had stints racing for Brabham, BMW, Ford and others.

According to Wüst, Stuck also had the idea of putting gear shifters on the steering wheel at the time.

“Being able to keep my hands on the steering wheel when changing gears at full throttle felt great right from the start,” said Stuck.

The PDK also provided other benefits. Six-times winner of the 24 Hours of Le Mans Jacky Ickx said he quickly learnt to brake with his left foot when cornering and accelerate with his right to keep the turbo going, Wüst recalled.

“This made him significantly faster coming out of a corner. It was also no longer possible to miss gears, and the drivers were able to brake later before corners because the PDK shifted down well.” 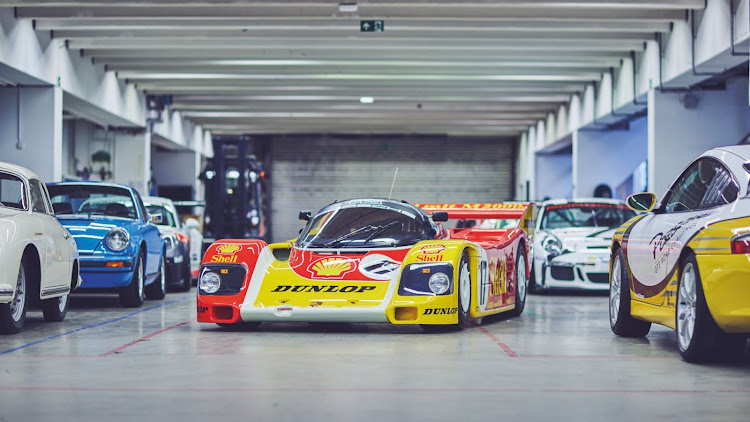 The Porsche 956 was the first race car to be fitted with a dual-clutch transmission and it won the 1986 World Sports-Prototype Championship. Picture: SUPPLIED.

However, there was still a problem, which would turn into an advantage, noted Wüst. During each shifting process, the PDK gave the racing car a kick forward. The system’s clutch control wasn’t entirely perfected yet, and the transition between gear ratios was accompanied by a hefty jerk. As a result, something that disturbed passengers’ comfort in a series production car translated into a welcome increase in speed in motorsport.

“However, these jerks put great stress on the transmission and the entire driveshaft. On a few occasions, this excess torque sent everything flying around us, and I sat at home in the evenings and nearly gave up on the whole thing,” Wüst said.

They then reduced the inertia of the transmission and got back on track. Stuck tested the new development in the 962, the first racing car with PDK, and in 1986 tasted victory for the first time with Derek Bell in the 360km race at Monza. The two went on to win the 1986 World Sports Prototype Championship.

The PDK was also a success in rallying. The Audi Sport-Quattro S1 with PDK driven by Walter Röhrl took first place in the Semperit-Rallye at the end of 1985. However, success in racing didn’t lead to a breakthrough in series production. The time hadn’t come yet.

This only changed in the 2000s when Volkswagen boss Ferdinand Piëch, who had been informed about the PDK two decades earlier, took a greater interest in the PDK. Now-perfected, the dual clutch transmission was fitted in the 2003, V6-powered Volkswagen Golf R32 and named Dual Shift Gearbox (DSG), which continues to mesmerise with its finesse and the popular “vrrr phaa” exhaust sounds so fancied by modern hot Golf owners.

In 2008, Porsche introduced the PDK as an optional extra for the 911 series. One year later, PDK was offered as a variant for the Panamera.

“PDK is definitely a highlight of my 38 years at Porsche. There were many lovely projects, and this was one of the loveliest. When I see a car with PDK on the road today, I know a piece of me is inside that. And this is a wonderful development,” said Wüst.

Porsche wants 80% of its car sales to be electric by 2030, compared to around 15% currently
Life
2 weeks ago