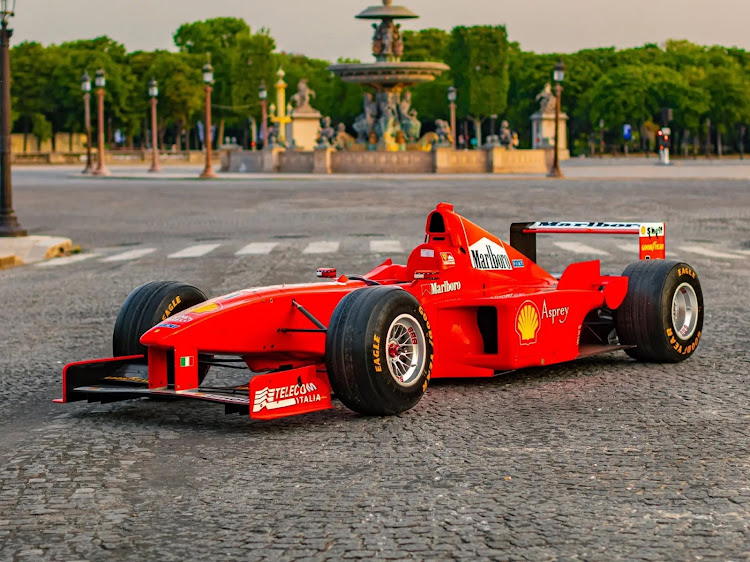 This car won all four of the Grands Prix it contested in 1998, with Schumacher. at the wheel. Picture: SUPPLIED

Want to buy an undefeated Ferrari Formula One car raced by Michael Schumacher?

It is for sale and expected to fetch between R100m and R135m at an RM Sotheby’s Pebble Beach auction in Monterey, US on August 20.

The seven-times world champion’s 1998 Ferrari F300 is the most successful undefeated Ferrari Formula One chassis across all eras, and was designed by SA’s Rory Byrne.

Chassis 187 is the most successful of three race-winning F300 examples used by the team, and also the only F300 to have a perfect race record, winning all four of the Grands Prix it contested in the hands of Schumacher. The German drove it to victory in Canada, France, the UK and Italy in 1998, and narrowly lost that year’s title to McLaren’s Mika Hakkinen.

The F300 marked Ferrari’s re-ascendancy in F1 racing in the years since its last constructors’ championship of 1979 and its last drivers’ championship of 1982. Hiring back-to-back championship-winning Schumacher away from Benetton in 1996 was key to the Scuderia’s revival, as was luring Byrne out of retirement to design the car. Byrne had designed Schumacher’s title-winning Benettons.

In designing the F300, Byrne had to contend with significant rule changes including narrower cars and the replacement of racing slicks in favour of grooved tyres. 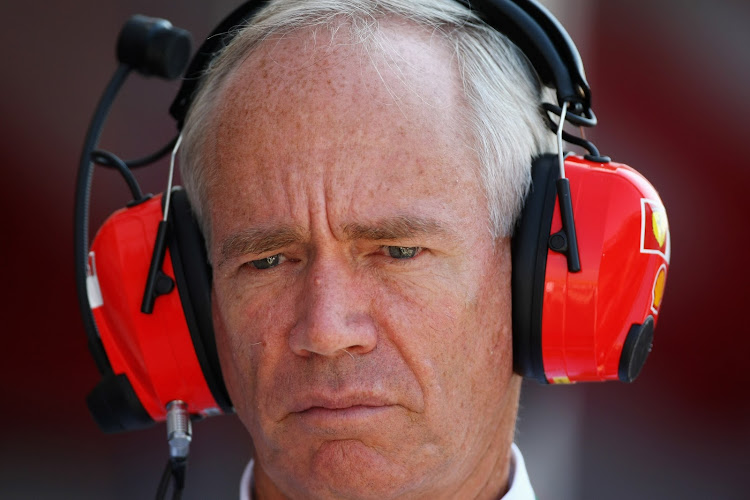 SA's Rory Byrne was lured out of retirement in 1997 to design Ferrari's car. Picture: GETTY IMAGES

Schumacher would go on to take the Scuderia to unprecedented heights in the 2000s with a run of six consecutive winning seasons.

The Scuderia retained chassis 187 until September 1999, when it was sold privately to the previous owner (along with a small package of spares) in the same race-used condition in which it remains today.

The car has been treated as a preserved specimen of Formula One history. It has remained shielded from the public during this time, has never been restored or altered from its as-raced condition, and is now publicly offered for sale for the first time.

The international classic-car market is booming after taking a dip during the pandemic, and a number of classic F1 cars are fetching high prices. In May, Nigel Mansell’s 1991 Williams sold for R68m, and last year Lewis Hamilton’s 2010 McLaren MP4-25 achieved R94m.