Africa is the next frontier for Isuzu SA — CEO Billy Tom 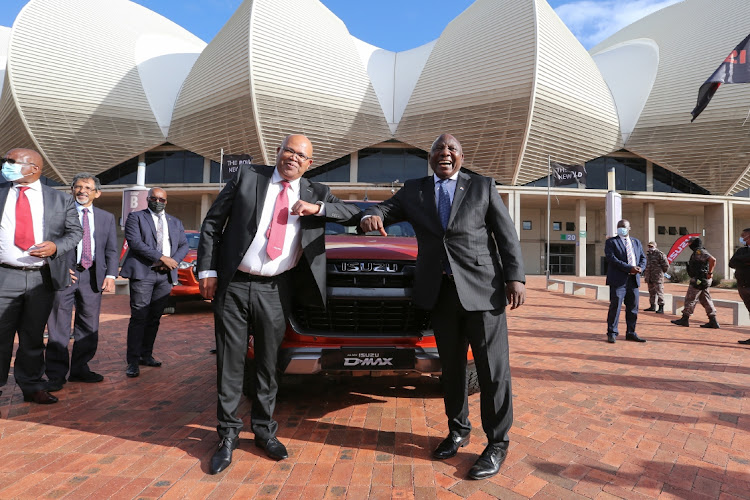 President Cyril Ramaphosa at the launch of the new locally manufactured Isuzu D-Max bakkie at the Nelson Mandela Bay Stadium in Gqeberha with Isuzu SA president and CEO Billy Tom in front of the new D-Max. Picture: Werner Hills

It’s been two years since our June 2020 talk with Billy Tom, CEO and president of Isuzu Motors SA. Then, he was merely four days in the hot seat and he counts among leaders who kicked off their leadership stints in the grips of the coronavirus pandemic.

At the height of the pandemic Tom says they couldn’t even sell a single vehicle, but since then the company has launched three newcomers — the Isuzu M-UX SUV, the all-new seventh-generation D-Max bakkie and the Isuzu D-Max Gen — 6, the latter a lower-priced continuation model of the previous one-tonner range aimed at business use.

The SA automotive industry is on a positive curve after a cataclysmic 2020-2022 period marred by industry stoppages, the KwaZulu-Natal riots, a global semiconductor shortage and now the Russia-Ukraine war.

The recovery of the local automotive industry is seen through 29,545 units sold in June 2022, representing a 20.6% increase compared with the same month in 2021. The numbers don’t tell the full story though as the recent KwaZullu-Natal floods have wreaked havoc with Toyota SA’s production, while the automotive industry is battling with parts availability due to semiconductor shortages.

Isuzu sold 1,280 units of the D-Max locally in June 2022, making it the second best-selling bakkie after the Ford Ranger. The Eastern Cape born CEO says the company’s market share for the D-Max has grown by 2% but, “Isuzu is a truck company which happens to sell bakkies,” Tom reminds us.

With the market launch of both the D-Max and M-UX out of the way, Tom has bigger plans for the continent and localisation efforts. He is adamant that the pandemic has made localisation more critical in the face of shipping costs doubling in price, and as such new, cost-effective ways are needed to operate and to consolidate the R1.2bn investment spent to launch the new D-Max in SA. This ranks among other priority plans which include maintaining and growing the truck business and the transformation agenda.

His stance on the latter matter is both vocal and unapologetic and he has collaborated with bodies such as the Automotive Industry Transformation Fund to set up black-owned entities in the dealer and supply chains. This has benefited local entrepreneurs such as Sipho Madondo who owns an Isuzu truck centre in Johannesburg and a dealership in KZN, Shelly Beach.

Through a dedicated division called Revenue Generation: Rest of Africa which looks after Isuzu’s Africa operations and partners, Tom says the company is ramping up its export program. This division already looks after sales, aftersales, business enablement and dealer development in the 24 Africa regions where they already sell the SA-built Isuzu trucks to right-hand markets and the Isuzu D-Max and M-UX SUV to both right- and left-hand drive markets.

The plan is to expand to another four countries by the end of this financial year while the revenue-generation wing is now building an SKD (semi-knock-down) facility in Ghana to provide stock to African regions where they do not already have a presence, except in North Africa which is handled by Isuzu Middle East. 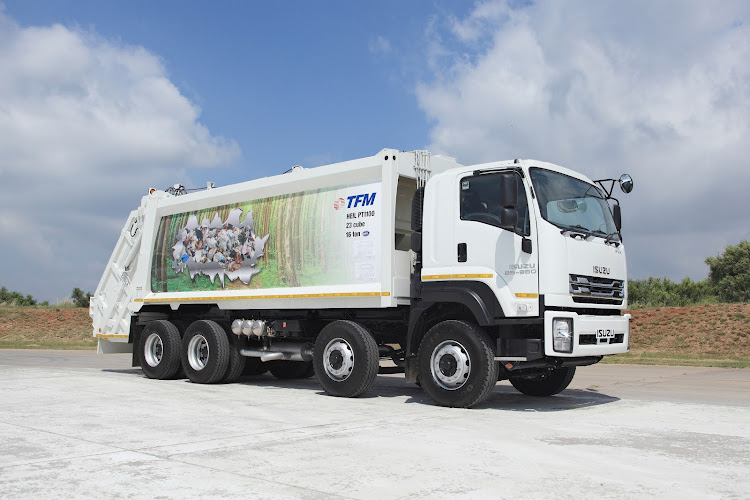 Isuzu trucks are doing well in their segment and are being exported to right-hand drive markets on the continent. Picture: SUPPLIED

Growing up poor and finishing matric at the ripe age of 21, Billy Tom has worked his way to great heights
Life
2 years ago

Isuzu MU-X impresses, at a price

Improved seven-seat SUV tackles trails in more style, but it has strong competition
Life
5 months ago