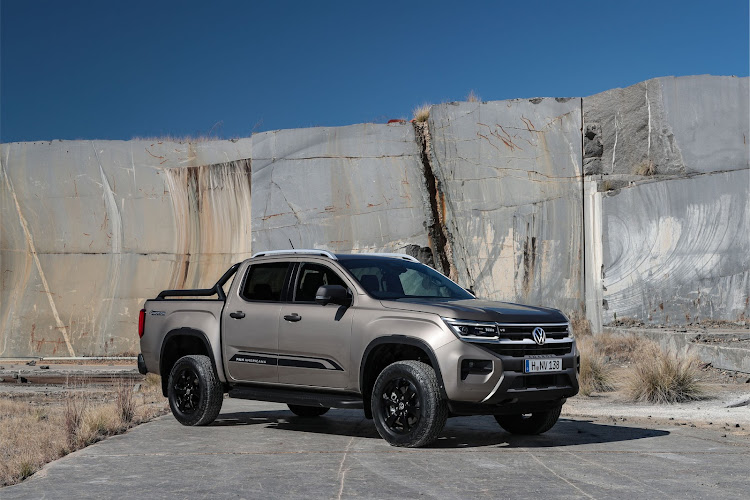 After a lengthy drip feed of information and teaser images Volkswagen Commercial Vehicles finally showed its new Amarok bakkie, which was co-developed with the new Ford Ranger. The vehicle officially goes to global markets at the end of the year.

Both protagonists will be assembled by Ford SA at its vehicle assembly plant in Silverton, Pretoria. This is now the only facility that will build the Amarok for the world, whereas the Ranger will be built in SA, Thailand, and the US.

The new Amarok takes on a visibly divergent look to the Ranger, with a more tapered front-end design integrated with new ‘IQ.LIGHT — LED matrix headlights compared with the bluff Ranger. It’s a brand-specific design language with matching cues to some new VW products, and according to the company, they share quite a lot, not limited to mechanical and digital hardware.

It will launch in the specification variants Amarok Life, Style, high-end off-road PanAmericana styling and exclusive Aventura. Inside the cabin, with a wheelbase increase of 173mm compared with the previous model, is a main, tablet-style digital display which can be had in 10 or 12-inch sizes. The cockpit instrumentation is digital too, but VW has implemented a mix of digital and physical functions using buttons, push and rotary switches.

Features to be had extend to voice command, Bluetooth, streaming capabilities, a Harman Kardon sound system in the PanAmericana and Aventura, but available as an option for other specification lines, a leather-look instrument panel, contrast stitching and more.

Engine-wise, there will be four and six cylinder turbo diesel engines and one turbocharged petrol. The 2.0l four cylinder capacity TDI motors deliver 110kW and 125kW, while a third offering has bi-turbocharging and develops 150kW or 154kW dependent on the market. 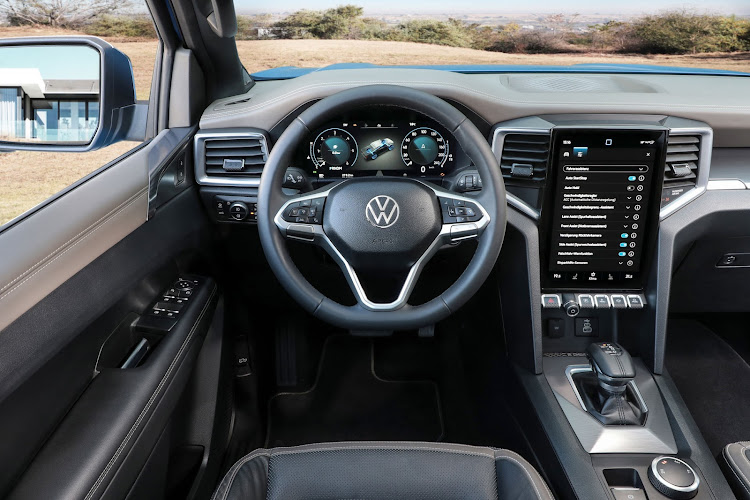 The cabin has grown in size and digitasation includes 10 or 12-inch tablet style and touch-screen display units. Picture: SUPPLIED

The top range engine is a 3.0l V6 with 177kW or 184kW, also dependent on the market, while there’s also a high performance 2.3l turbocharged petrol with 222kW on tap. VWSA confirms this motor for the local market but says power will be capped at 199kW.

Adaptive Cruise Control, which sees the Amarok autonomously follow a lead car and a host of new age driver assist systems, will be incorporated, as will up to six different drive modes tailored for a variety of surfaces and driving styles. The off-road capabilities of the Amarok are bolstered by diff locks and an 800mm wading depth, previously 500mm.

The Amarok is built in both single and double cab body styles here in SA and practicality is ensured through 1.16 tonne payloads. Eye rings on the cargo bed help to strap down loads and an electrically-operated roll cover is also available for security and can be opened and closed from the cargo box itself, from inside the vehicle or by remote control via the vehicle key.

Accessories include alloy wheels up to 21-inch in size, a hardtop canopy, a bull bar, underbody protection, eye rings for hauling, a snorkel, and an array of trailer mounts including a bike holder. 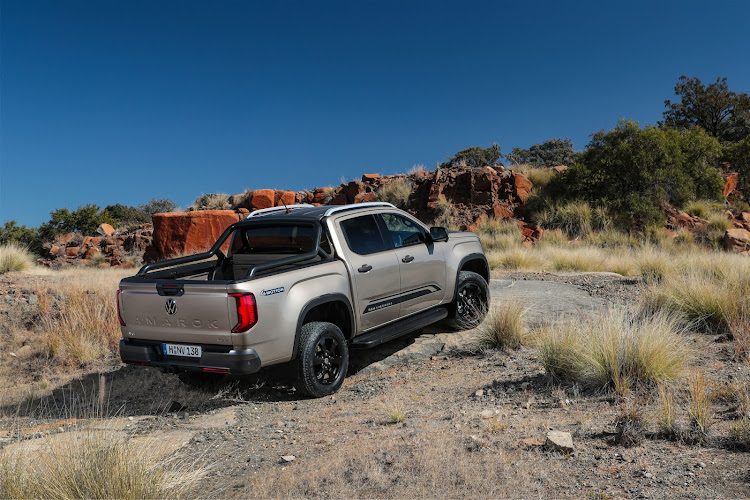 It's available in petrol and diesel engines including a 3.0l V6, and can be had in rear, selectable 4x4 and full-time 4x4 models. Picture: SUPPLIED

New VW Amarok to be built in SA alongside the Ford Ranger, says source

If you need a speedy bakkie with high-tech features, ask for the new 190kW Amarok V6 TDI, says Phuti Mpyane
Life
1 year ago