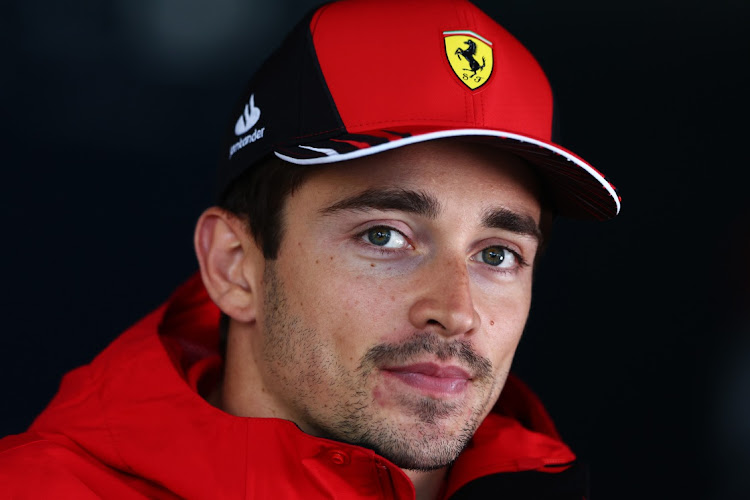 Charles Leclerc of Monaco and Ferrari talks to the media in the paddock during previews ahead of the F1 Grand Prix of Austria at Red Bull Ring on July , 2022 in Spielberg, Austria. Picture: GETTY IMAGES/CLIVE ROSE

Leclerc had led the race but stayed out during a late safety car period when others, including Sainz, pitted for fresh, faster tyres. The Monegasque was no match for them after the restart and finished fourth, losing a great chance to slash the gap to Red Bull’s championship leader Max Verstappen who finished seventh.

“It is a shame to see all of this type of things,” Leclerc said at the Austrian Grand Prix when asked about the reports. “It is definitely not what is happening inside the team. We are a very united team, we’ve always been and it’s not these difficult races that will make it change.

“Were we disappointed after last weekend? I think we were because we were one-two and we finished one-four so part of the team were disappointed. But this was definitely not the reason whatsoever for not everybody being on the picture.”

Leclerc said the timing was tricky, late in the day, and half of the team who did stay for the picture had missed the plane home. “We wanted to do a first picture but Carlos was not there,” he said. “So we had to delay everything. But there are no hard feelings whatsoever.

“Everyone was very happy for Carlos, and this is the feeling that there is inside the team.” Sainz said Leclerc had to attend anti-doping so they could not attend Ferrari’s post-race driver briefing together as usual.

“Like always he behaved like a gentleman like he is and the briefing went normal like the way it should go,” said the Spaniard. “One of the strong points we have as team mates and as drivers (is) a team spirit that we have in Ferrari and these things are always under control.”

Stefano Domenicali is reportedly due to come to the country soon, fuelling hopes of hosting an event
Life
2 months ago
Next Article