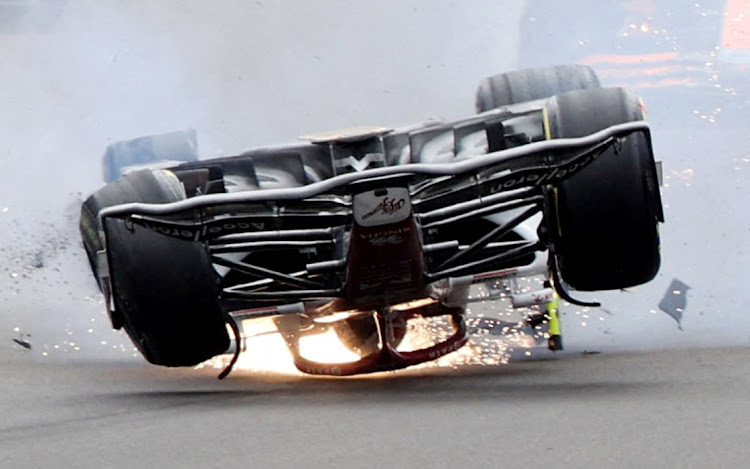 The halo is a driver protection system used in open-wheel racing series. The carbon-fibre covered titanium shield has been in use since the 2018 season and despite some initial criticism it has been the saviour of many drivers, the latest being Guanyu Zhou.

The Chinese driver was involved in a multiple car crash at the start of last weekend’s British Grand Prix in which his Alfa Romeo flipped upside down and skidded across the gravel before being wedged sideways between a tyre wall and metal fence. Zhou was unhurt and later posted a selfie on Twitter with the caption, “halo saved me today”.

There are many incidents that have motivated F1’s governing body to look into further safety measures, including  three-time champion Ayrton Senna’s fatal crash in 1994 at Imola, and Ferrari driver Felipe Massa who suffered a fractured skull after being hit on the helmet by a detached spring from a Brawn car at the 2009 Hungarian Grand Prix.

A few days before the Massa incident, Henry Surtees died in a Formula Two race when a tyre struck him on the head and he crashed into a barrier. Rubens Barrichello said at the time he was concerned about drivers safety. “It is not a coincidence that something happened now,” he said. “Something needs to be done.” 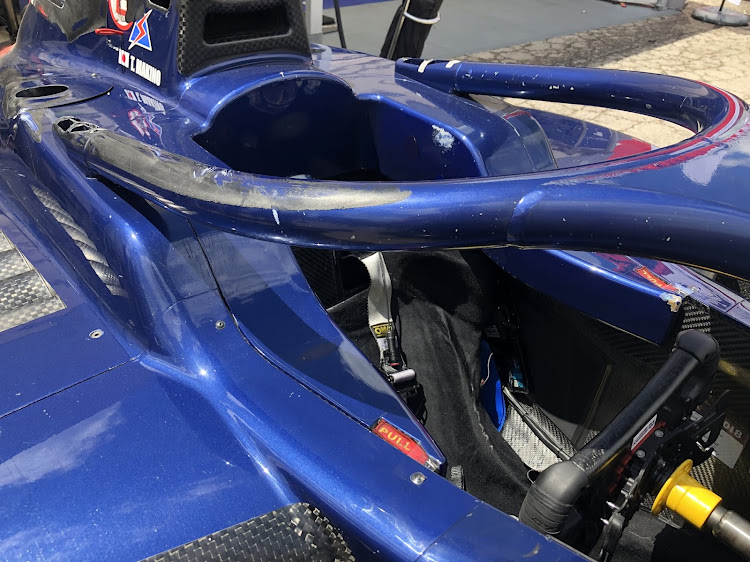 The markings are clear. Had there been no halo Tadasuke Makino's head would have been exposed when he and Nirei Fukuzumi crashed at an F2 race at Spain's Circuit de Catalunya in 2018.
Image: SUPPLIED 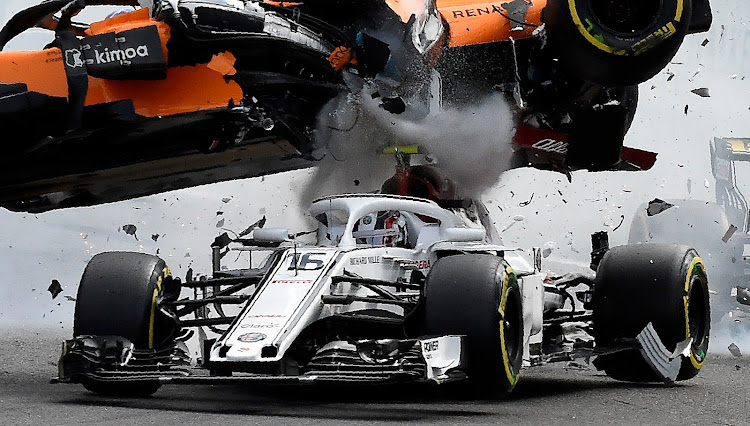 The halo was also credited with saving Australian driver Alex Peroni’s life, after his vehicle crashed during a Formula Three event at Monza in September 2019 (see video below).

Romain Grosjean’s accident at the 2020 Bahrain Grand Prix saw his car split in half and then catch fire after crashing through a metal barrier. The halo is reported to have deflected the upper section of the barrier, protecting Grosjean’s head from the impact.

Despite initial concern about the device preventing drivers from being able to evacuate quickly, Grosjean chillingly explains in the Netflix Drive to Survive documentary, that he was able to climb out largely unassisted despite the car catching fire after hitting the barrier. He sustained burns on his hands and ankles.

“I wasn’t for the halo some years ago, but I think it’s the greatest thing that we’ve brought to Formula One, and without it I wouldn’t be able to speak with you today,” Grosjean said. 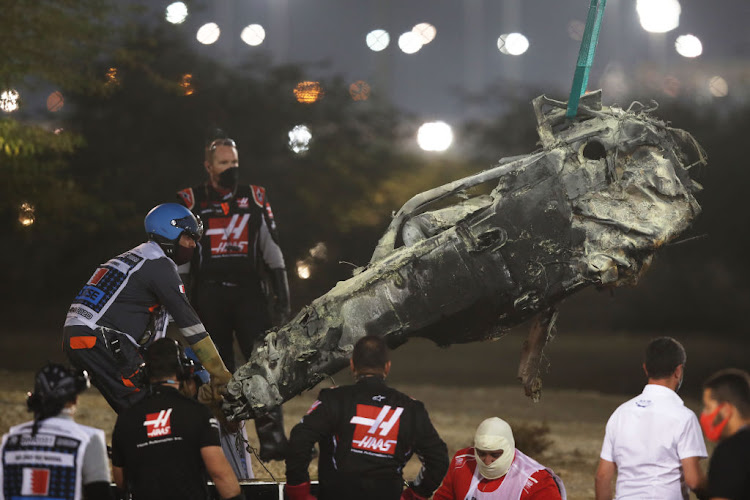 At the 2021 Italian Grand Prix, bitter rivals Max Verstappen and Lewis Hamilton collided, with Verstappen’s car ending up on top of Hamilton’s halo.  “It saved my neck,” Hamilton said afterwards. 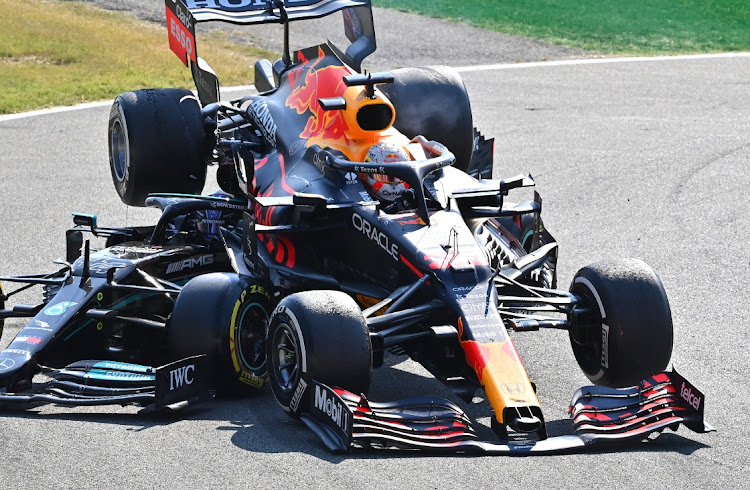 Max Verstappen ends up on top of Lewis Hamilton's Mercedes during the 2021 Italian Grand Prix at Monza.
Image: Getty Images
Next Article