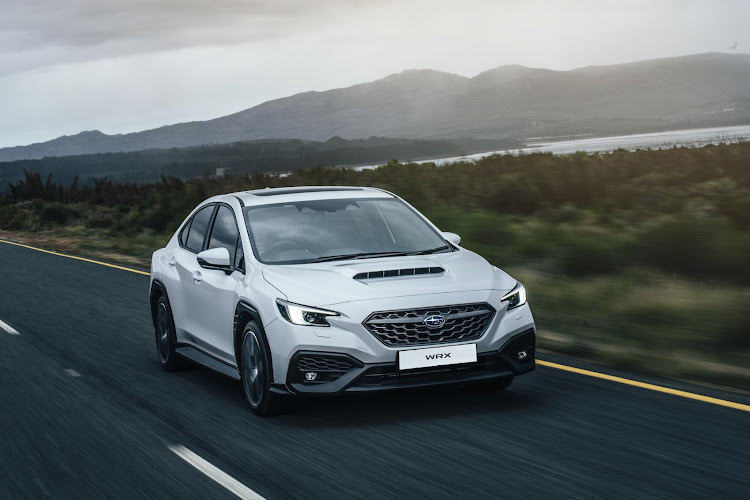 The handsome 2022 Subaru WRX is now on sale in SA. Picture: SUPPLIED

The sedan is available in two models — a manual and automatic — and styled a hexagonal grille, steering-responsive LED headlights and is equipped with a small-diameter flat-bottomed, leather-wrapped steering wheel with multifunction buttons.

There’s also voice command, three-stage heating for all the seats which are covered in ultrasuede in an interior that has an increased wheelbase, meaning more leg and shoulder room. It also gets a new 11.6-inch, high resolution infotainment system that features as standard Android Auto, Apple CarPlay, Bluetooth, navigation and a 10-speaker Harman Kardon sound system across the range.

Power comes from a new 2.4l, four-cylinder turbocharged,  horizontally-opposed petrol engine. It delivers 202kW at 5,600rpm, equating to a 5kW increase over the previous WRX — and an unchanged 350Nm of torque served between 2,000 and 5,200rpm.

There are two transmission choices: a six-speed manual and a newly-developed eight-speed CVT automatic said to be 50% faster than before. The auto version is also equipped with Si-Drive performance modes and is further equipped with aluminium pedals and steering-mounted shifters.

The company says there's an increase of 14% in structural front lateral rigidity and 28% torsional rigidity which benefits the new Subaru WRX with more agility and control. 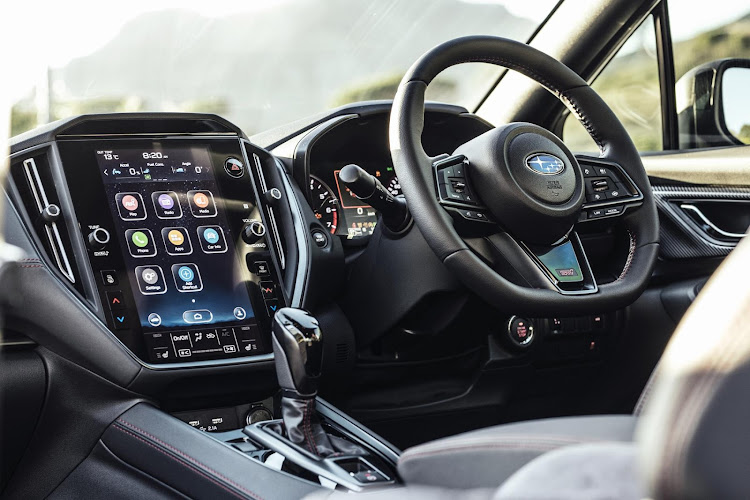 The cabin continues with the sports-luxury vibe with a large and bright screen in the middle. Picture: SUPPLIED

Subaru’s Symmetrical All-Wheel-Drive works in conjunction with the sensor-based Subaru Vehicle Dynamics Control (VDC), which is a suite of safety systems that include active torque vectoring, ABS brakes and stability control. Passive safety include maximum energy absorption and eight airbags, including a driver’s-side knee airbag.

Furthermore, EyeSight uses a cabin camera installed above the multimedia system and monitors driver behaviour. If drivers take their eyes off the road or show signs of drowsiness while driving, the monitoring system issues a warning. It also has facial recognition to instantly recognise the driver, and then change all the driving presets accordingly.

Each Subaru WRX model is sold with a three-year/75,000km maintenance plan and a five-year/150,000km warranty. 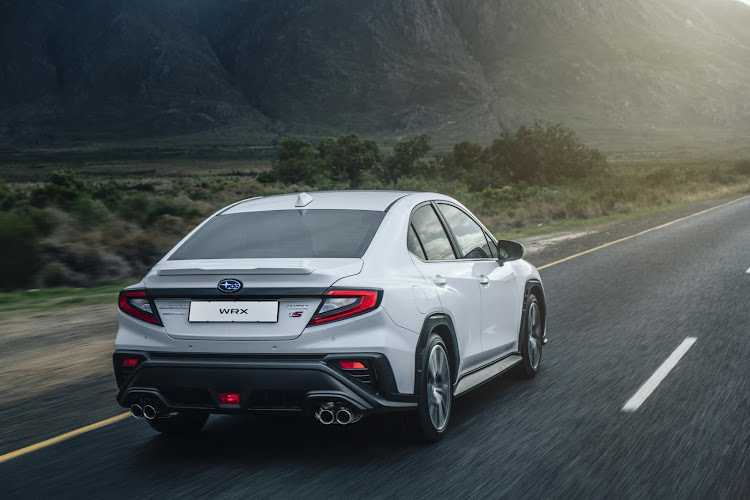 Quad-tail pipes and black body-cladding hint at a rocket for both tarmac and gravel. Picture: SUPPLIED

Phuti Mpyane looks back on the Japanese brand, which celebrates 30 years in the country on June 16
Life
2 months ago
Next Article