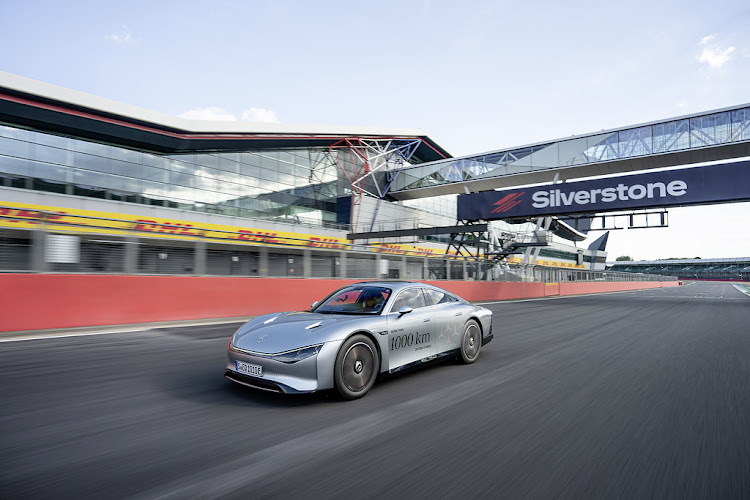 The Mercedes-Benz EQXX has broken its own record by driving from Germany to England on a single charge. Picture: SUPPLIED

The Mercedes-Benz Vision EQXX, the emissions-free research vehicle that recently broke electric vehicle records and travelled just over 1,000km on a single charge from Stuttgart, Germany to Cassis in France, has broken its own record in a similar journey.

This time the swoopy car, which the firm describes as its vision of future electric cars, drove from Stuttgart to Silverstone in the UK.

The road trip required the momentary closure of the German autobahn onto the French border near Strasbourg. The car then cruised across northern France at highway speeds to Calais, where it boarded the Eurotunnel, the only fixed link between Great Britain and the European mainland.

The car was then driven to Mercedes-AMG Petronas Formula One offices in Brackley, UK to meet and greet the Formula 1 and Formula E teams who helped develop its drivetrain. The research team then headed to Silverstone racetrack in Towcester, 13km away.

It was HPP’s Advanced Technology director Adam Allsopp who drove this leg of journey and on arrival at the track he handed the car over to driver Nyck de Vries, who races for the Mercedes-EQ Formula E team. He then took the Vision EQXX  on the 5.8km track, using its maximum speed limit of 140km/h.

He completed 11 laps, which equated to 66km, using up the last of the charge in the pit lane with 1,202km on clock, thus beating the previous record of 1,000km driven on a single charge.

The Vision EQXX made it thanks to its innovative thermal management system that uses aero-shutters, coolant valves and pumps to maintain efficient temperature balance at minimum energy cost. The air conditioning was operational for just over eight hours.

After a brief recharge, the Vision EQXX continued on its way to HPP headquarters in Brixworth 33km away for an overnight stop, and full recharge in preparation for its next outing this weekend at the Goodwood Festival of Speed.

It will appear at the celebration of historic motorsports alongside other Mercedes icons of the past present and future, and will also take its turn on the famous hill climb. 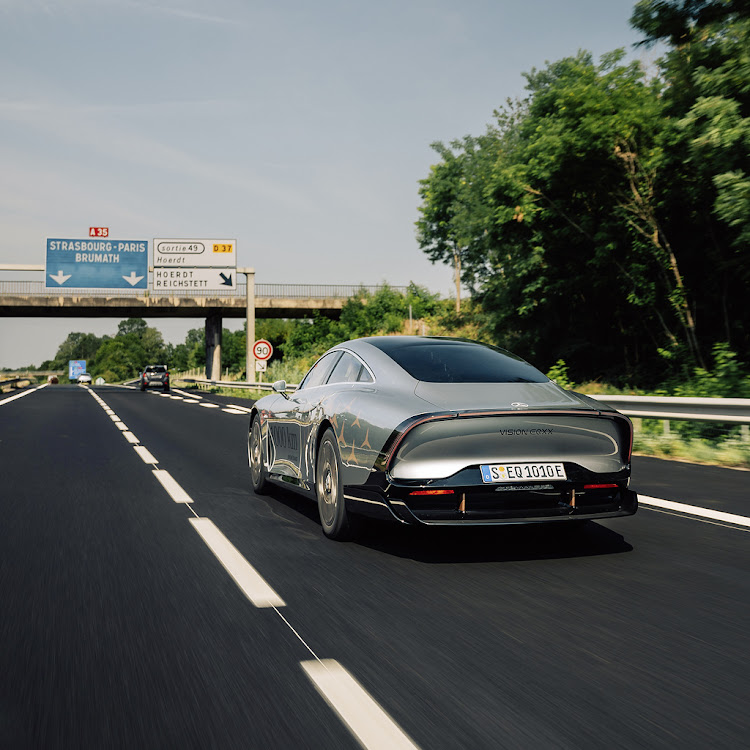 The trip was mostly on freeways with a channel hop aboard a ferry, including 11 laps of the famed Silverstone track. Picture: SUPPLIED

The slim, smart-looking C-segment contender is a bold-looking car
Life
1 week ago

A once-in-a-lifetime opportunity to acquire the fabled white Enzo, the only example of its type to leave Maranello
Life
1 week ago

The car offers occupants full protection against projectiles fired from assault rifles such as the AK47, R5 and R1
Life
1 week ago
Next Article