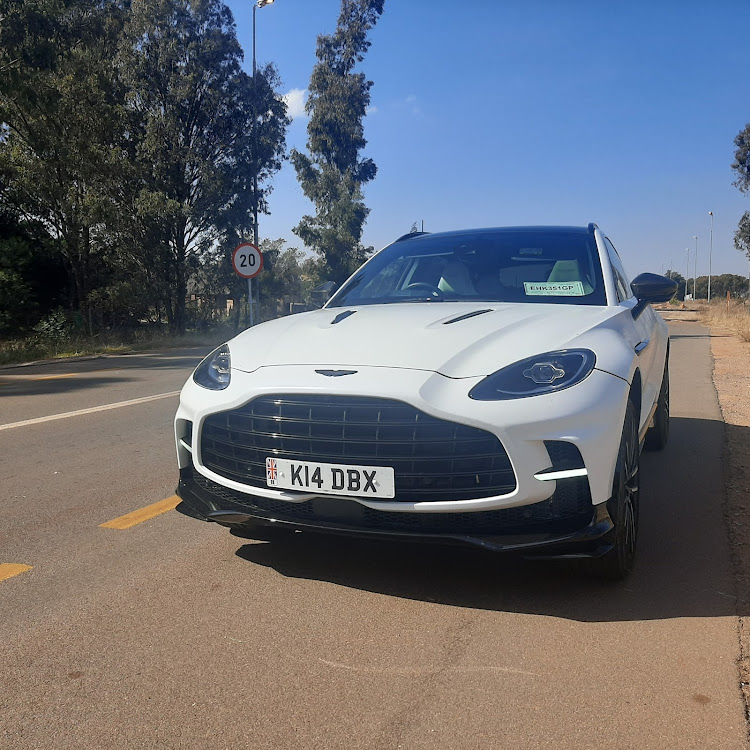 The Aston Martin DBX 707 features uprated mechanicals above the regular car to become the most powerful SUV in the world. Picture: PHUTI MPYANE

The Aston Martin DBX is the company’s first foray into the profitable SUV niche, while the new DBX 707 is the second offering with higher performance levels. The company says it has sold over 3,000 units so far and the 707 nomenclature denotes a high-steroid 520kW under your right foot from a Mercedes-AMG-sourced but Aston Martin-fettled 4.0l V8 engine.

Touted as the most powerful luxury SUV, it trumps the Bentley Bentayga Speed, Porsche Cayenne Turbo GT and Lamborghini Urus with their respective 467kW, 471kW and 478kW outputs.

Looks-wise, the white test unit is restrained for a world-beating projectile. I’d opt for the British racing green theme with licks of bright yellow, but the milky colour exposes the 707’s wider and more aggressive nose for extra cooling duties.  There’s more honeycomb plastic mesh on the outer edges and extra aero skirts and its sits on standard 22-inch wheels or 23s optionally. The ducktail posterior gets a larger rear spoiler, a wilder diffuser and quartet of big bore tail pipes as the physical hints that it’s the 707.

You’d expect an Aston to be luxurious, and the 707 interior is typically plush and trimmed with leather on the dash. Chromed switchgear and carbon fibre and piano black veneers are standard decoration, or bronze metal mesh veneer finishes optionally.

There’s an extensive palette of options and Q by Aston Martin is on call for individual personalisation. There’s a digital screen operated through switch gear and a wide range of electric adjustments to tailor the seating positions and the attitude of the different mechanicals.

The DBX 707 may not look as brash as some of its rivals but the Frankenstein transformation of the internals are real. This has unleashed 520kW and 900Nm, which is 115kW and 200Nm more that the regular DBX and the poke is sent to an all-wheel drive system that can apportion 100% of the torque on demand to the rear. There’s also a new electronic limited slip rear differential.

I drove the DBX 707 on Kromdraai road in Magaliesberg with the backdrop of its being labelled the best-handling SUV today. The engine comes to life with a subdued bark. The driving position, supportive seats and a smallish steering wheel with multi-functions and paddleshifters behind all feel dedicated to the pursuits of wafting or rapid reeling of miles.

The lushness in its air suspension and damping that mixes well with the quietness that engulfs the cabin is a sign of good quality build, and the ability to tone down the sports exhaust means you can truly unwind on the move. Gear changes in the nine-speed auto box are sharp even at slow speeds, a benefit of the wet clutch compared to a torque converter type transmission, and they channel the big power with similar whip-crack responses when you dial up the motor.

It has a Race Start (launch control), GT Sport and Sport + modes and the DBX 707 sheds the serenity in a flash. Acceleration is brutal, but not dramatic. The theatrics are in how the white unit shot past the 100km/h mark and into triple figures in a blink. The free-revving V8 with little to no lag has a convincing depth of power and can sprint from 0-100km/h in a claimed 3.3 seconds and reach a 310km/h top speed.

The pace, and the signature Aston wail that intensifies around the 4,500rpm mark are not even the best parts.

The DBX 707 has an air suspension with electronic active roll control that effectively works to eliminate the higher vertical movement over bumps, crests or corners. Combined with a sharp and direct steering feel and the best SUV turn-in that I’ve ever experienced, the 707 cuts into fast or slow bends like a sports car and remains uncannily flat during this exercise.

None of the technical and challenging features of Kromdraai road could dishevel this big Aston. The physical changes between this model and the regular DBX are otherwise limited but discernible and the 707 is definitely at the upper end of the sports SUV spectrum.

It has the chops to back up the critical acclaim of its being the supreme new athlete in the exotic SUV niche. The Aston Martin DBX 707 is now on sale in SA at a starting price of R4.8m.​ 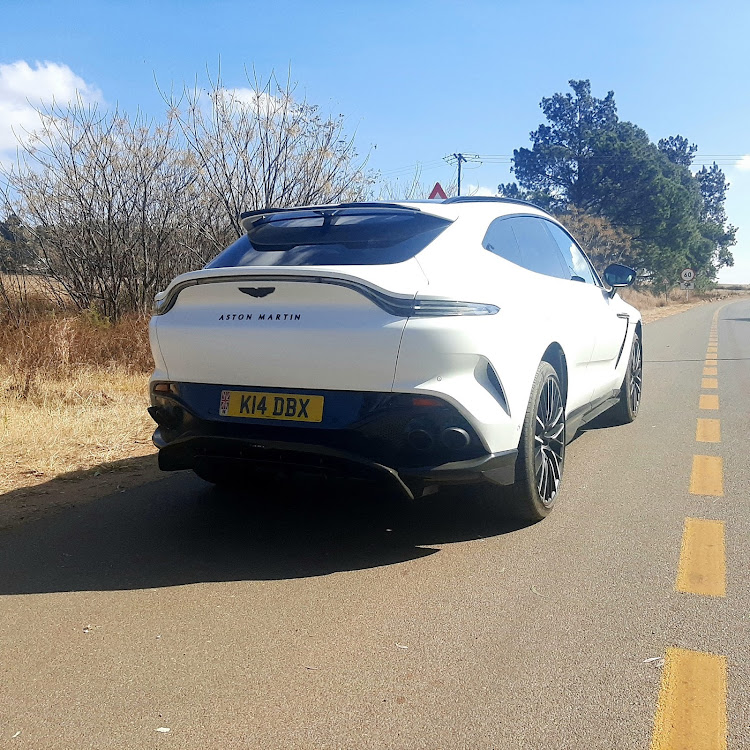 The Purosangue will take on Bentley Bentayga, Porsche Cayenne and Lamborghini Urus
Life
4 months ago