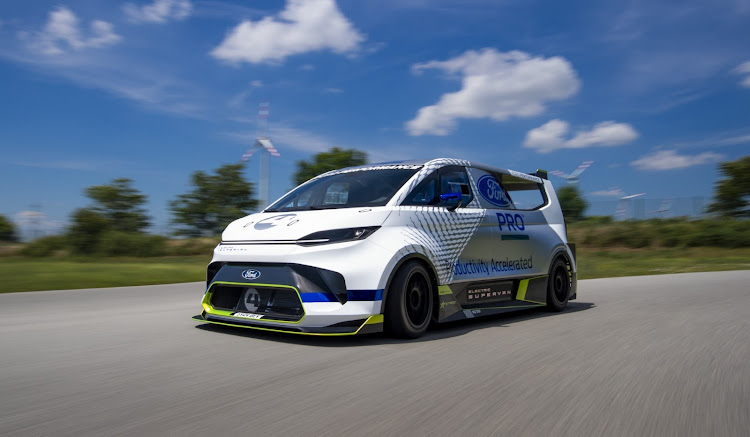 With a mighty 1,471kW on tap, the new SuperVan continues a legacy of fast Ford Transits. Picture: SUPPLIED

Ford has unveiled the ultra high-performance Ford Pro Electric SuperVan at the 2022 Goodwood Festival of Speed in the UK.

The Ford Pro Electric SuperVan uses four electric motors and a 50 kWh liquid-cooled battery than can be fully recharged in about 45 minutes using a standard electric vehicle fast-charger.

Developed in secret by Ford Performance and rally and racing specialists Stard in Austria, the SuperVan produces around 1,471kW for a claimed sub two-second 0-100 km/h sprint. A purpose-built, track-ready all-wheel drive chassis including components from the recently unveiled E-Transit Custom 1 underpins this wild Ford.

Like any good van, the Electric SuperVan features a load space behind the driver. A door in the body side makes loading and unloading cargo easy, and Ford is developing a secure electromagnetic release system controlled via the SYNC screen

Further performance fine-tuning is delivered by an electronics package that includes traction control, launch control, a pit-lane speed limiter and three-stage regenerative braking to return energy to the battery — similar to the L Mode function on E-Transit. 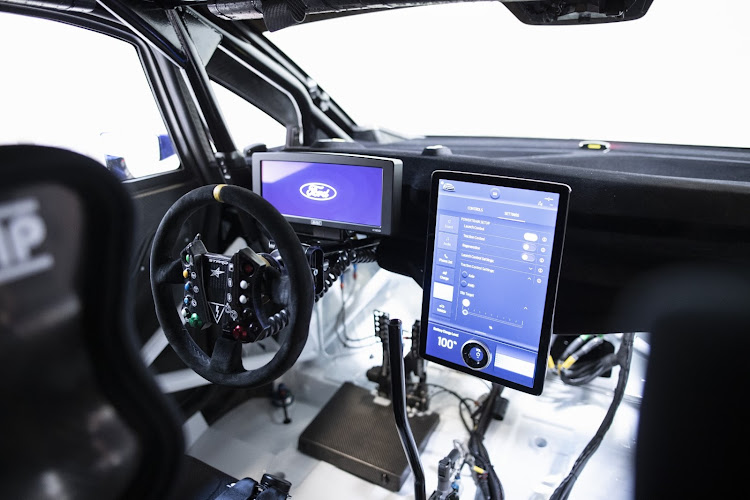 The racing cockpit of the world's most powerful delivery van. Picture: SUPPLIED

Ford’s first SuperVan was revealed in 1971 and featured a mid-mounted engine taken from the Ford GT40. SuperVan 2 was a fibreglass version of the Transit Mk2 with a Cosworth V8 of Ford’s C100 racing car. SuperVan 3 was powered by a Cosworth HB engine shared with Formula One cars, and SuperVan 4 is the first electric version.

It makes its public debut at this weekend’s Goodwood Festival of Speed, along with the new Ford Ranger Raptor. Multiple championship-winning racing driver and electric motorsport specialist Romain Dumas will drive the Electric SuperVan up the hill. 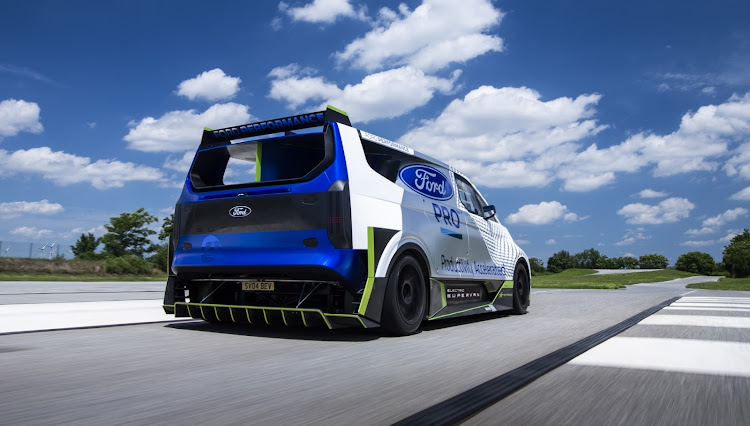 Courier companies with an eye to cutting delivery times, here is your SuperVan. Picture: SUPPLIED

There will continue to be niches for combustion engines so a ban is wrong, says finance minister Lindner
Life
1 week ago

Cars in the Park is back after three-year break

Cars in the Park is back after three-year break