The car offers occupants full protection against projectiles fired from assault rifles such as the AK47, R5 and R1 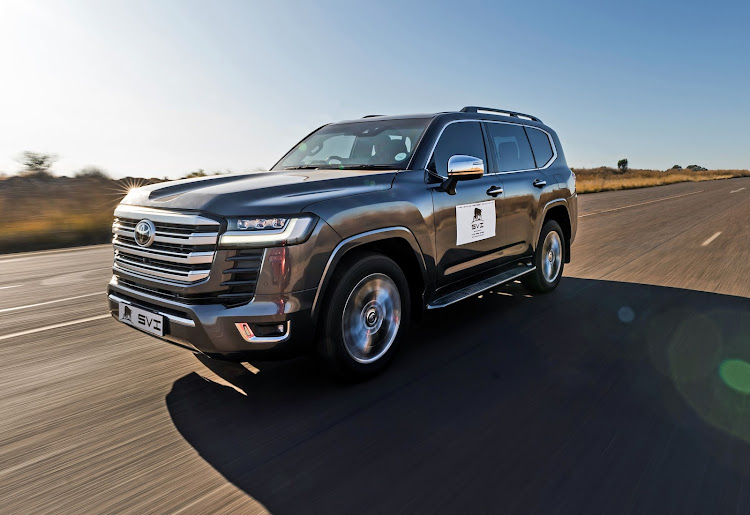 Ready for customer delivery, this state-of-the-art off-roader features the firm’s discreet B6 bullet-resistant package that offers occupants full protection against projectiles fired from popular assault rifles such as the AK47, R5 and R1.

“The armoured Land Cruiser 200 has proven to be one of the most popular civilian vehicles with SVI clients over the years,” says Nicol Louw, Business Development Manager at SVI.

“Since the new Land Cruiser 300 is both lighter and more powerful than its predecessor, it’s even better suited to receiving our painstakingly developed B6 solution.”

The B6 armouring package includes a rear bulkhead sited behind the second row, which saves on cost and mass. Compared to the outgoing Land Cruiser 200, the bulkhead has been moved further towards the rear of the vehicle, freeing space to store valuables behind the rear bench and affording occupants the option of reclining at a greater angle. An escape hatch has also been fitted.

In addition, the driver and front passenger windows can lower slightly further, while all the SUV’s driver assistance safety systems — including those relying on sensors mounted behind the windscreen — remain fully operational.

To manage the additional mass of the comprehensive array of heavy-duty armouring components (which total about 750kg), the body-on-frame SUV’s suspension has been suitably upgraded.

The new SVI Engineering Land Cruiser 300 360º B6 armouring solution starts at R981,823 excluding VAT. Customers have the option of fitting B6 roof armour, B6 floor armour as well as heavy-duty run-flat rings. The build time is set at four months.

Sambra steps up its campaign to identify written-off vehicles

The seven-seater 4x4 is now more powerful, polished and luxurious - but beware the fuel bills
Life
4 months ago
Next Article