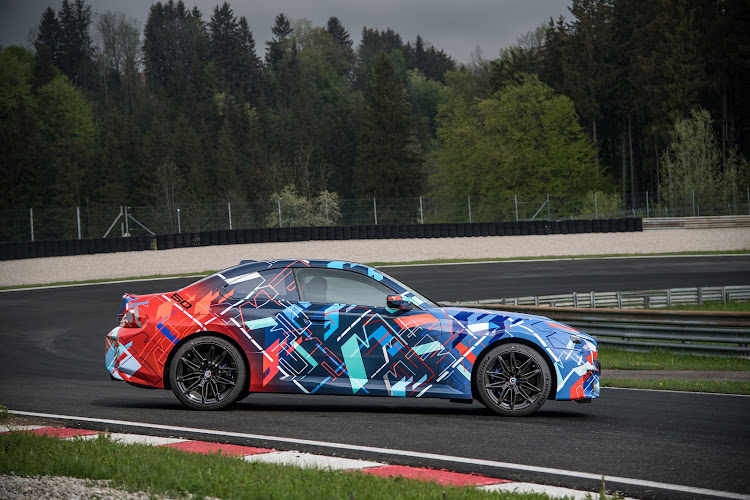 The new BMW M2 is ready for its debut and will be the last of its kind before electrification takes over. Picture: SUPPLIED

BMW M boss Frank van Meel has confirmed that the upcoming 2023 BMW M2 will be the last BMW M product without any of form of electrification.

“The BMW M2 with in-line six-cylinder and rear-wheel drive will definitely be a puristic driving machine. We will see increasing electrification in other vehicles, of course in different forms, starting with the 48-volt electrical system and plug-in hybrids to fully electric drives,” said Van Meel to German publication Bimmer.

“Seen in this way, the M2 will be the last M with a pure combustion-engine drive and also without electrification scope such as a 48-volt on-board network, yes,” said Van Meel.

The next all-new BMW M car is the XM SUV, which will be the most powerful production BMW yet made thanks to a newly developed 4.4l twin-turbocharged V8 petrol engine paired to a hybrid electric drive system for outputs of 480kW and 800Nm.

The next BMW M5 will get a mild-hybrid system, which is the likely route we will see with the M2 after this new one.

In the meanwhile, with a few months remaining until the world premiere of the new M2, the final test phase is in full swing. The car’s driving dynamics were subjected to an intensive test at the Salzburgring in Austria.

The tests focused on the driving dynamics and chassis, and the latest model boasts a similar performance level to the BMW M2 CS, according to BMW M.

It shares engines with the M3 and M4 models, and can be had with six-speed manual and eight-speed M Steptronic transmissions.

It’s purely rear-wheel drive with an adaptive M chassis and gets the same braking system from the M3 and M4. Aesthetic and specification differentiators from the M240i and the rest of the range include special equipment options such as a carbon roof and M carbon bucket seats.

The world premiere of the new BMW M2 will be in October 2022, followed by the market launch in April 2023. 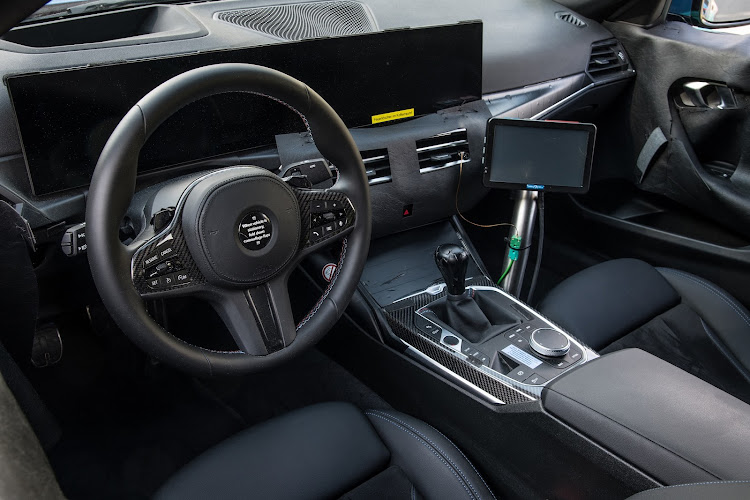 The interior of the upcoming M2 remains hidden for now but we can see the stick shift and three-pedal drive. Picture: SUPPLIED