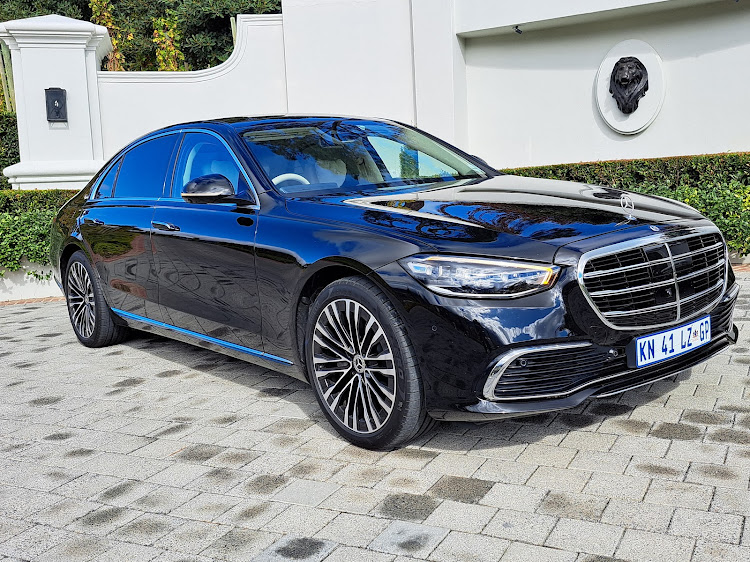 What stands out most about the car is its velvety ride. Picture: DENIS DROPPA

Mercedes-Benz introduced its new-generation S-Class in SA a year ago but Covid-19 put the brakes on the media launch, so our first chance to drive the car was last week at a media event in Cape Town.

Coinciding with the unveiling of the new ultraluxury Mercedes-Maybach S-Class, which we were able to view but not drive, Mercedes had its two regular S-Class models available for wafting through the winelands: the S350 diesel and the S500 4Matic.

The rear-wheel drive S350d is fast but frugal, and whisking along the Western Cape’s open roads yielded an impressive fuel average of just 7.8l / 100km. It is comforting to know that the wealthy can also save money on fuel.

This six-cylinder 2.9l is an easy-going performer with swift overtaking prowess and effortless cruising provided by its outputs of 210kW and a brawny 600Nm of torque.

And lest you believe a diesel engine has no business powering a luxury saloon, it is a refined unit with little trace of agricultural characteristics. It is respectably soft-voiced in most instances though it does make a subtle, almost petrol-like growl when the revs rise — which was not unwelcome.

What stands out most about the car is its velvety ride, with adaptive air suspension ironing out the vagaries of scarred roads. Its silence also impresses, and apart from the not-unpleasant engine song when you urge the throttle, this big sedan cruises serenely.

Next up was the more powerful S500 with its petrol 3.0l V6 petrol with a 48V electrical system, and 4Matic all-wheel drive. With 320kW and 520Nm it has more hustle and is even quieter than the diesel, and not too bad in the fuel economy stakes either — it averaged just under 10l per 100km in the mostly open-road cruise.

The S500 rode on lower-profile tyres, which didn’t waft as comfortably over the cobbled driveway of the hotel in Franschhoek where we stopped for lunch. But the air suspension floated with finesse once we returned to regular tar. The overriding S-Class driving experience is of unflustered serenity, as if you’re cocooned in a ball of silk.

The W223, as the seventh-generation S-Class is called in-house by Mercedes, is safer than before and more luxurious and technically advanced. It’s considerably larger than the previous S-Class, allowing passengers to enjoy its many amenities with even more Lebensraum than before, while the boot has grown 20l to a voluminous 550l.

The cabin is the expected lap of luxury, blending comfort with high-class finishes and hi-tech digital interfaces. The latest MBUX operating system has 50% more processing power than before and runs on a 12.8-inch OLED central display, with a 12.3-inch digital driver display.

The new S-Class is a technological tour de force with a raft of semiautonomous driver aids and gadgets, one of the standout features being a digital instrument cluster with a striking three-dimensional display. 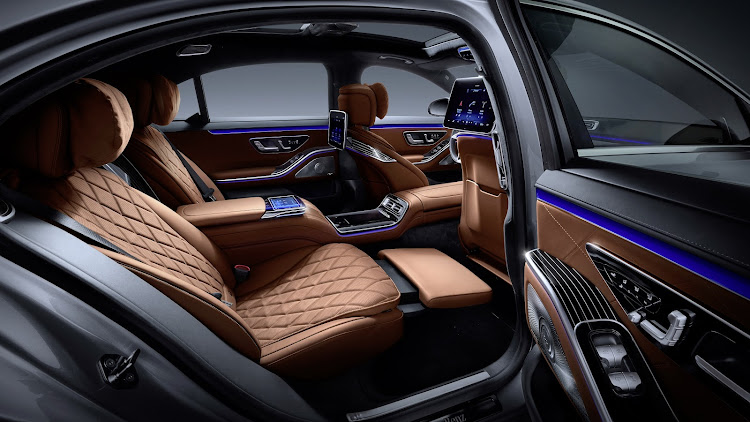 There are 64 colours of ambient lighting, heated front seats, up to 11 airbags, and a long list of optional features to further ramp up the luxury including seats with up to 10 massage programmes, temperature-controlled cupholders, a powerful Burmester surround sound system, and folding tables in the rear seats to name a few.

An optional chauffeur package allows the front passenger seat to be electrically adjustable from the rear to create more legroom. An extra-cost item is E-Active body control suspension that raises one side of the body to provide extra protection when a side impact with another vehicle threatens.

Another optional extra is Digital Light headlamps which allow the projection of marking aids or warning symbols onto the road ahead.

Scheduled to arrive in SA in November, the car is able to store steering movements over distances of up to 200-meters and subsequently reproduce them ...
Life
2 months ago

Porsche’s Panamera Platinum Edition is on its way, and we have SA pricing