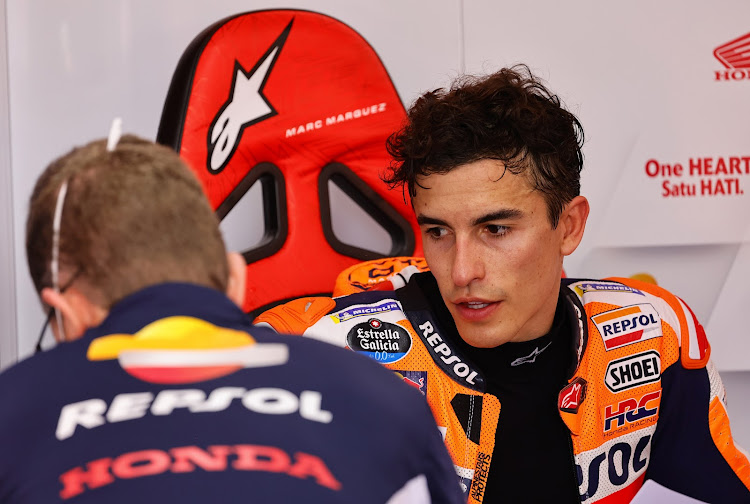 Marquez has had pain and a loss of power in his injured arm and has not been able to ride like he wants. Picture: REUTERS

Six-times MotoGP champion Marc Marquez will undergo a fourth surgical operation on his arm after the Italian Grand Prix, and prepares to return in the 2023 season, the Spaniard said on Saturday.

Marquez broke his right arm at the Spanish Grand Prix in 2020, which ultimately ruled him out of that entire campaign as he underwent three operations on the injury.

The 29-year-old Repsol Honda rider, who also suffered bouts of double vision due to concussions in 2021 and 2022, is currently tenth in the drivers' championship, 48 points behind leader Fabio Quartararo.

He will travel to the US on Tuesday for the operation on his right humerus, before returning to Spain for his recovery.

“Since I had the first injury [with the arm] everything has been complicated and the infection was the worst thing,” Marquez told reporters.

“The doctors did an amazing job to take care of that and recover my bone. It was a success, but after I came back I feel a big limitation [with my arm]. I never gave up and kept pushing and followed the doctors' advice.

“But I don't enjoy [riding now]. I have a lot of pain and loss of power, so I cannot ride like I want. I also start to injure my shoulder because I'm pushing the left arm too much. My performance is not bad but it's not the one that I want.”

No timescale has been set for Marquez's return but his 2022 season looks likely to be over.

“It looks like a nightmare but I believe soon I will come back,” he added.

“I don't have any idea because doctors have told me we will go step-by-step after the surgery, but it will be a long time … my goal is to come back and prepare for 2023.”

Repsol Honda team boss Alberto Puig said the decision to operate on Marquez was taken on Friday, a day before Saturday's qualifying session for the Italian GP where Marquez took the 12th spot after initially suffering a crash.

The second qualifying session in Mugello was red-flagged one minute and 10 seconds from the start when Marquez suffered a huge high side on the second turn, with his bike catching fire.

Competing in his 200th MotoGP race, the Spaniard wins in Argentina after intense ride
Life
3 months ago