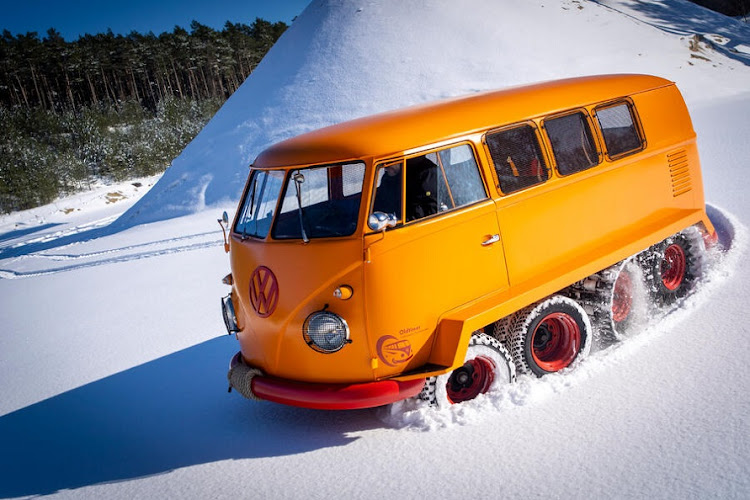 The VW T1 Half Fox was a bespoke design by a VW mechanic for very specific off-road purposes. Picture: SUPPLIED

VWCV, the classic vehicles wing of Volkswagen, has completed the restoration of an extraordinary 60-year-old vehicle.

The Half-Track Fox is a T1 bus that was produced in the Hannover plant in May 1962, and then sent off to a buyer in Austria. After a short period of life as a normal T1, it was transformed there at the hands of a resourceful Viennese, Kurt Kretzner, a Volkswagen mechanic, who turned it into an Alpine specialist.

He was a keen skier who noted that in the mountainous regions of Austria there was a scarcity of vans with high standard off-road capabilities and easy for anyone to drive, and yet could climb up to the highest Alpine meadow.

“An ideal helper for everyone: mountain-hut keepers, hunters, foresters, doctors, maintenance engineers for ski-lifts, TV and radio masts, pipelines and the like,” Kretzner later wrote in the sales literature for the Half-Track Fox. “At first, I had a look around, but couldn’t find the vehicle I was dreaming of. So, I decided to build it myself.”

The inventor spent more than four years designing and building his mountain climber and this orange Bulli was then equipped with four axles — two of them fitted with a chain drive mechanism and two 14-inch wheels steering the vehicle using double tyres. 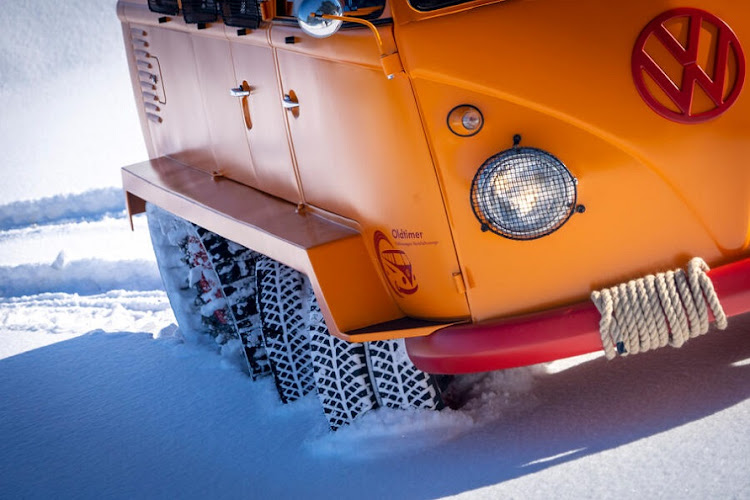 The chains were mounted on 13-inch wheels and a construction of his own design that also resulted with the dual front-axle steering having a turning circle of less than 10 metres, so it could almost turn within its own circumference.

Each wheel was fitted with a brake, and an automatic limited-slip differential ensured evenly distributed forward propulsion even in deep snow. The T1 drew its power from a 1.2l flat engine with 25kW on tap. Top speed was 35km/h.

Two Half-Track Foxes were built and one has survived, eventually passing into the possession of the ‘Bullikartei e.V.’ — a society of lovers of the first Bulli generation. In 2005 they began an initial attempt to restore the special Alpine vehicle but it was unfortunately not possible for logistical reasons.

At the end of 2018, the Half-Track Fox came into the collection of VWCV Classic Vehicles and the experts began a painstaking process of restoration. The 60-year-old bodywork was stripped of paint, repaired, given a cathodic dip coating and repainted in the largely original shade of orange. The interior features wood components in beech and pine and practical tool holders were installed.

It was completed early this year and what you see here is the result, ready to tackle snow-covered ski slopes everywhere. 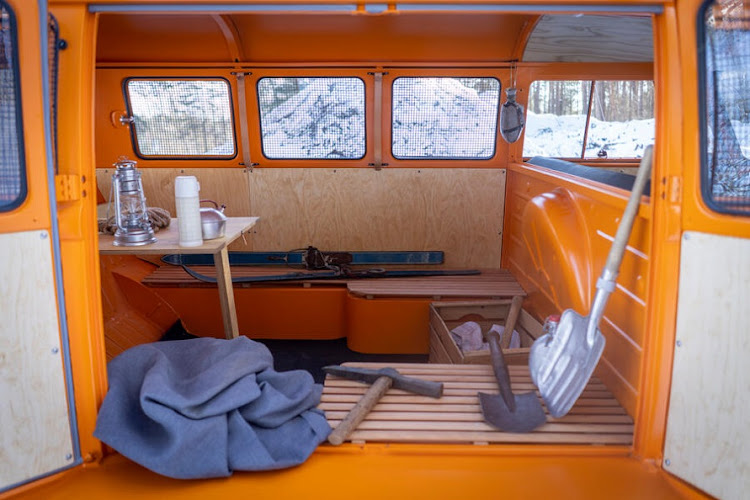 Fans of the classic car scene can expect to mingle with some greats from the US, Europe and Asia at the Nasrec show grounds
Life
1 month ago